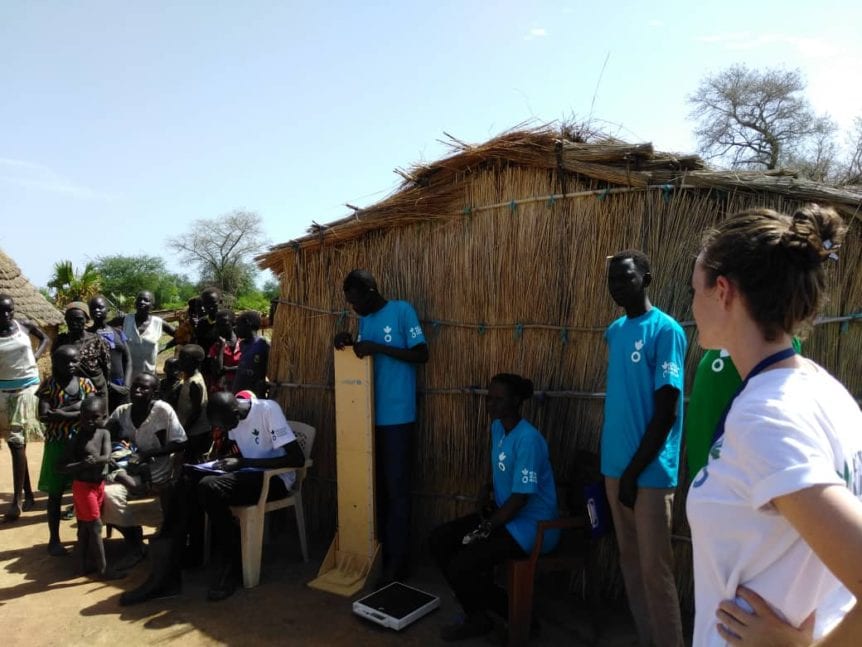 Sarah King started her fellowship working with Action Against Hunger in South Sudan in 2017. Now she’s in AAH‘s New York office, providing advocacy support and technical assistance to country offices in East Africa. Read on to see what she’s learned about how to make foreign assistance more effective, including how the language we use can shape outcomes.

“To have really impactful programming, you can’t start in a silo.” 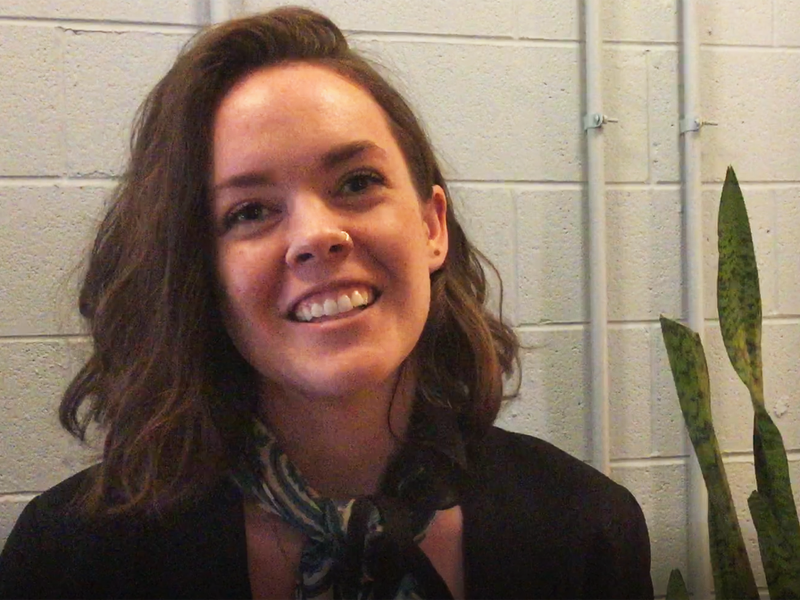 Can you name an example from either your field or policy placement when you witnessed either the principle of accountability or of country ownership being put into practice?

I’m working on a research project in Kenya where the country government has pretty significant ownership of the project. It was intentional from the beginning, making sure that any decision made on the project was made by a technical advisory group. That technical advisory group was made up of a large number of government officials, and was set up at the beginning of the project to ensure government ownership. The idea is that this research project, once completed, will provide insight into nutrition programming and ultimately will be taken up by the government.

It hasn’t always been easy. [We spend a lot of time] building consensus, and ensuring that the decisions always involve all the different stakeholders. I think the project has seen a lot of support from the country because of this, and that the potential results from this are exciting for the government. We’ve seen support from the county level all the way up to the national level, and really owning this project as if it is their own—which it is, in a sense. I think this would be really unlikely to have occurred if the government had had minimal involvement. It’s exciting to see!

And country ownership in this case means government, but government at multiple different levels?

Yes it does, because, particularly in Kenya, you need the government to be heavily involved on a project to see real uptake of that research after the results are brought forth. They are, rightly so, really interested to be the decision-makers about where nutrition goes in their country. I think it’s a recognition: to have really impactful programming, you can’t start in a silo. Ultimately, the government has the authority and responsibility to provide services to their citizens, and to ensure those services are the best quality. And that our partnership is the best way forward to that.

I’m working with AAH and some of our other partners on this project to capture some of these learnings that we’ve had in working with the government. We’ve been really successful here, and it’s silly to have learned lessons but not actually build off those lessons. By eventually sharing some of these lessons externally, it could give other organizations or research institutes ideas of ways to move forward.

What do think is the best argument for country ownership in aid effectiveness? And how does that differ from the traditional model of aid?

I think the entire goal is country ownership. [Country governments] should be able to provide for their citizens, and, ideally, are chosen by their citizens to support them. They should be best positioned to understand what’s happening in their country and whatever needs the citizens define for themselves. You can’t really move away from a real traditional model of aid until you have full country ownership. We have lots of conversations about trying to empower people or whatnot, but by having countries just own that, all of a sudden you have empowerment.

Who gets to determine if a community is not resilient? 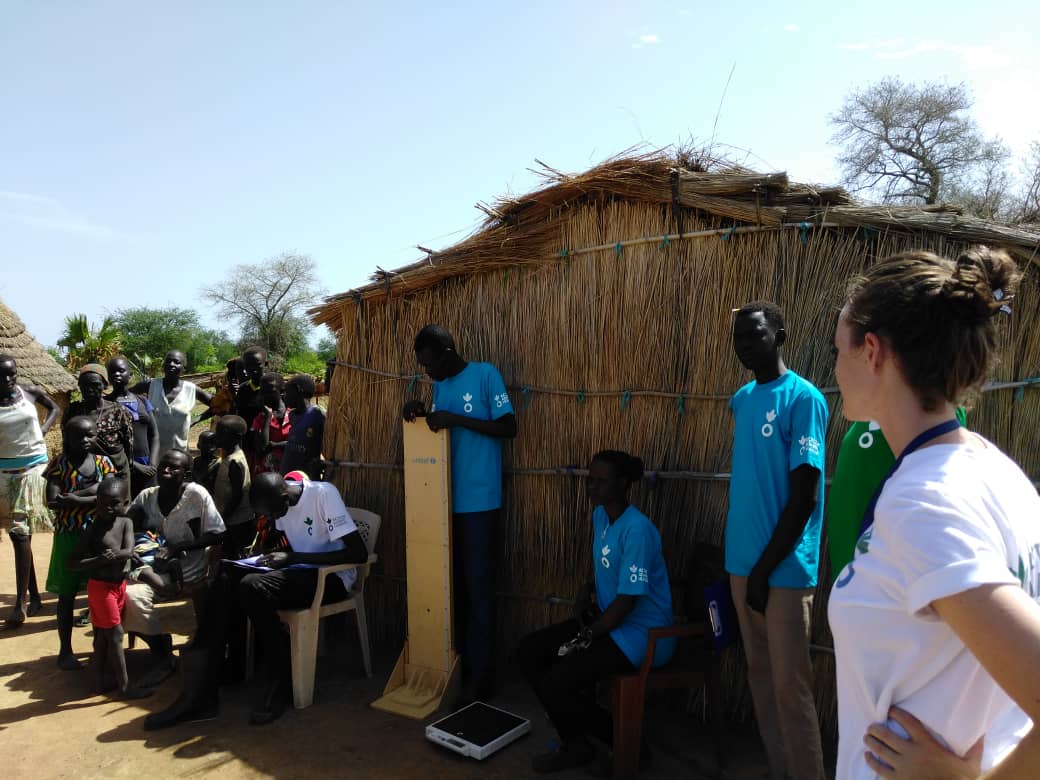 You’ve been in this fellowship for a year and a half. You’ve seen the full spectrum of development work, from being on the ground in South Sudan to the headquarters office. What have you seen that gives you some insight into how development assistance can be improved?

I have a lot of ideas on this! A lot of what occupied my mind this last year and a half has been the language that we use around development or humanitarian assistance, because it often drives actions. Sometimes I think it can actually cloud whether we’ve been successful or not. I think in development and humanitarian assistance, it often feels like we are trying to reframe the traditional aid model without actually making real changes to the model. For example: when I think empowerment, I’m thinking about the idea that aid could provide power to people, and that power would enable them to act on their own authority and take charge of their lives. I really appreciate the effort to provide people with authority over their lives and communities, but I’m not sure that we actually do this by how we talk about empowerment. There is this underlying assumption that communities need to be empowered by an outside actor, and that these communities are without power in the first place.

Then you get to who gets to make decisions, and it’s not often those being provided assistance. I find this really problematic, and I think that this actually ties back to my idea of country ownership. I find that it’s happening the same way with the word resilience and “building resilience,” which has become really popular in the last year or two. How do we determine if a community is not resilient? Who gets to determine this? Is it the community? Is it the individuals that define themselves as not resilient, or is it the donors, or the organizations providing that assistance? It’s often the last two, which is still really the traditional model, yet we think we’ve changed it by talking about resilience.

So if we can’t change the traditional model of aid by merely changing the way we talk about aid, where do you see the potential for actual change?

I think until the power is no longer held by donors and external stakeholders, the decision-making will never be held by the communities that are receiving their assistance. As much as you’d like to move towards more country ownership, or localization, or resilience, you still have donors providing money to countries, and you still have this power structure that leaves the countries on unequal footing with the donor. Because of that, we’re going to see this capture play out again and again. We can put new words to it, and new meanings to it, but because that’s where the power and resources are placed right now, I think it’s hard to break out of the structure completely without dismantling it. I realize that it’s very unlikely to happen in the near future; it would mean that organizations and donors would have to give up quite a lot.

“A leader is able to recognize skills of the individuals around them, and intentionally choose to invest in them.” 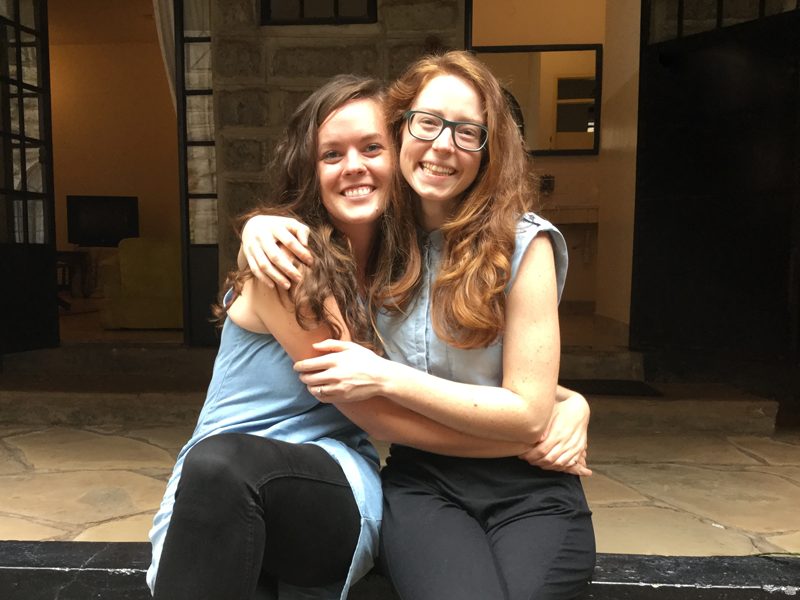 Leland Fellows Sarah King and April Dodd at the mid-field retreat and training in Nairobi, Keyna, in March, 2018.

What have you learned so far about leadership by being part of this fellowship?

This last year and a half I’ve seen a number of examples of leadership, and the leadership styles that I am drawn to and admire the most are those that are quiet and more service-oriented. When I say quiet, I don’t mean quiet in terms of volume, but more in terms of humility. That has really challenged how I used to envision what leadership should be. Now when I think of leadership, I think of a leader is able to recognize skills of the individuals around them, and intentionally choose to invest in them, so each individual can become as successful as possible. Or I think of a leader that takes on some of the more challenging decisions or conversations or actions and allows for the group to accomplish what they need to without any unnecessary distractions.

This interview is part of a blog series with Modernizing Foreign Assistance Network(MFAN), a reform coalition of international development and foreign policy practitioners, policy advocates and experts, concerned citizens, and private sector organizations, created to build upon the bipartisan consensus that the U.S. should play a leadership role in achieving economic growth and reducing poverty and suffering around the world, and that we can play this role more effectively, efficiently, and transparently. Learn more about MFAN at modernizeaid.net.

Together Toward A Hunger-Free Future: The 2022 Hunger Leadership Awards