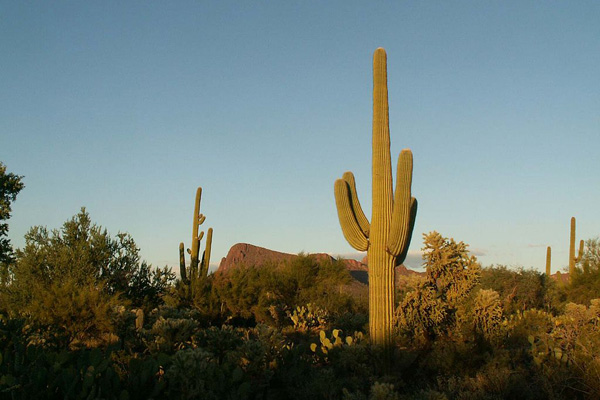 The Community Food Bank of Southern Arizona serves an area of five counties in Southern Arizona, including Pima County and its seat, Tucson. Established in 1975, the Food Bank has expanded to seven locations and distributes 65,000 meals daily. Beyond food distribution, they have developed a variety of programs to address the root causes of hunger and poverty and to reinvest in communities across their service area. They have also hosted Emerson Hunger Fellows regularly from as far back as 1997, serving as a field site for more fellows than any other single organization. Kat Vang and Roxana Rodriguez are the latest fellows to work in Tucson with the Food Bank; read on to hear them describe how they are building stronger communities able to resist the effects of hunger and poverty in the copper state.

The sunsets over the Sonoran Desert in Tucson, Arizona are some of the most breathtaking I have ever seen. These Tohono O’odham lands are home to thriving life despite harsh conditions; take for example the iconic saguaro that survives drought periods. This resiliency is also reflected in the communities I have the fortune of interacting with. Both grassroots efforts and larger institutions are taking inspirational steps to collaborate on solutions to end hunger.

Almost 1 in 6 Arizonans (15.8%), or 1 million people struggled with food insecurity in 2015. Children are disproportionately affected: nearly 1 in 4 Arizona children (24%) also underwent food insecurity in that same time period. I read about these statistics in reports and see the need present when I walk through the front door of my field site placement at the Community Food Bank of Southern Arizona (CFBSA). Every morning the pantry is in operation, a line of clients wraps around the side of the building. The food bank takes two approaches in addressing hunger: feeding the line and shortening the line. Their mission is to feed the hungry today while creating a healthy hunger-free tomorrow. As I continue into the programs department of CFBSA I am reminded of the importance of addressing the root causes of hunger.

My project explores how democratic decision-making via community organizing can lead to thriving communities and food security. The newly formed Community Organizing Team focuses on community development to extend impact beyond immediate hunger relief. This involves tapping into the people power that exists within individuals, neighborhoods, and coalitions to advance collective action. Most recently, our team has partnered with Arizona’s Basic Needs Coalition on a public charge issue postcard campaign. The recently proposed changes to the public charge rule would jeopardize an individual’s ability to become a legal permanent resident if they use public benefits such as Supplemental Nutrition Assistance (SNAP) and housing support. According to the Department of Homeland Security, the proposal regulations are likely to lead to increased prevalence of obesity and malnutrition, increased poverty, and indirect costs to community-based organizations. School lunch applications have dropped in districts across Arizona due, in part, to fear of how enrollment would affect a household’s immigration status. Our team collected public comments from members in our community about how the proposed changes would impact them. Through workshop training in civic engagement, education around organizing principles, and creation of spaces for dialogue, we hope to develop a network of community leaders that drive change to the structures that produce inequalities and poor health.

In addition to supporting the efforts of the team, I am also responsible for developing an evaluation framework that documents our process and outcomes. I conduct research on and embrace the challenges of evaluating a socio-political impact project. A critical question I keep coming back to is: What defines success? For some departments in our organization, this involves tracking pounds of food donated and numbers of meals produced. I hope that my project will track successes beyond transactions and begin a trend of documenting the transformational experiences participants have with CFBSA programs. In speaking with members of the community about what meaningful engagement and transformation looks like, I hope to co-create metrics for evaluation. Proving the value of an intervention, especially in non-profit settings where resources are often limited, is important to foster learning and innovation in anti-hunger work.

My supervisor Dora Martinez tells our team that great leaders embrace paradoxes. In the context of our anti-hunger work, this means that we must wrestle with the seeming dichotomy of feeding the line and shortening the line. Seeing how this project critically engages both approaches gives me hope that more emergency relief food systems will incorporate work that addresses the root causes of hunger. Part of becoming a leader in these spaces involves disrupting the thinking patterns that keep these approaches separate from one another. I am learning how to challenge my own thinking and that of others in this valuable experience.

The Congressional Hunger Center gratefully acknowledges the support of the Kroger Co. Foundation which made this placement possible. 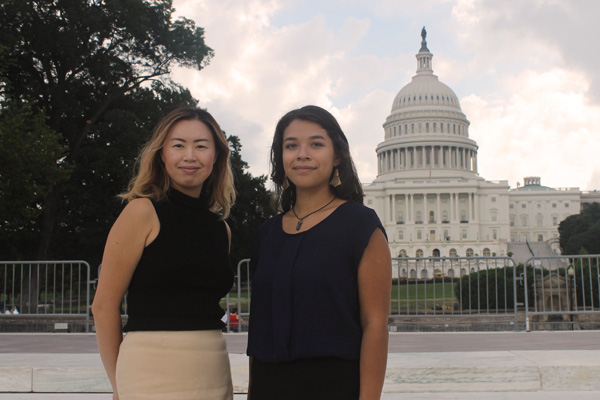 Tucked deep in the Sonoran desert on indigenous Tohono O’odham land, Tucson, Arizona, a city of half a million, feels like an oasis offering a beautiful sense of comfort amidst the desert’s high temperatures. However, like most growing cities, Tucson is challenged by the adversities of gentrification and wealth inequality. Against a backdrop of real estate speculation, stagnant low wages, and diminishing water supplies, a movement of caring and passionate individuals and organizations is rising up to ensure that Tucson’s communities are represented and centered in the city’s growth and transformation. Tucson is a city full of inspiration and powerful energy, from the neighborhood organization Flowers and Bullets’ grassroots efforts to transform a vacant elementary school into a vibrant urban garden cultivating food justice and community connection, to Ojala Systems’ leveraging of hip hop messaging to activate political awareness and action.

My field site placement has landed me at the Community Food Bank of Southern Arizona where I am supporting an incredible group of powerful individuals in their efforts to build community wealth and a responsible, caring economy. Although food banks are traditionally known for the direct servicing of emergency food relief, the Community Wealth Working Group (CWWG) at the Community Food Bank of Southern Arizona is shifting its focus upstream to address the root causes of hunger, specifically poverty. In recognizing that poverty contributes to increased rates of food insecurity and hunger, the CWWG reframes economic empowerment as a strategy that effectively, and simultaneously, prevents hunger and alleviates poverty. The CWWG’s economic empowerment vision is inspired by the principles of community wealth building outlined by the Democracy Collaborative, a project of the University of Maryland which researches economic equity and democratization. 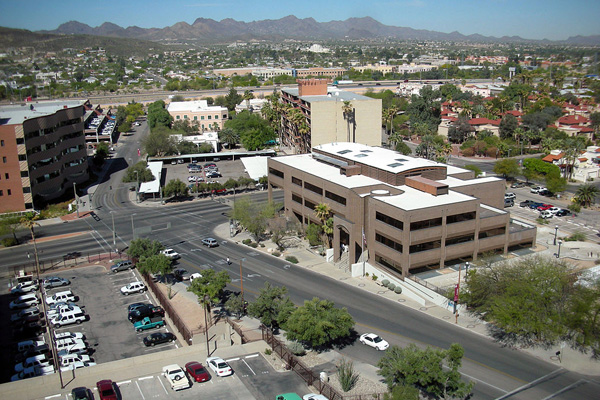 As an Emerson Hunger Fellow committed to building socio-economic equity and ending hunger in the U.S., I am immensely excited by the potential of community wealth building strategies to interrupt the structures and behaviors of capital flow and ownership which contribute to the troubling level of income inequality in this country. Community wealth building is exciting because it is rooted in actionable models and strategies that are informed by actual, living proof of concept projects. The Democracy Collaborative’s Cities Building Wealth report provides a good introduction and snapshot of 20 cities and projects that are actively building community wealth. Community wealth building is not a utopian fantasy but a living concept that combines the long legacies of worker-owner cooperatives, employee stock ownership, informal markets, community economic innovations and transformative finance into a common, comprehensive point of view for envisioning the development of the future economy.

This fall I attended the Business Alliance for Local Living Economies’ (BALLE) Shift Capital Summit and was privileged with the opportunity to meet some of the amazing individuals and minds working to build an inclusive and regenerative economy. For three days I listened to community members, activists, investors, foundations, and NGOs share stories and collaborate to design actionable strategies to institute universal basic assets, transition conventional businesses to cooperative ownership, and launch reparations as a platform for social impact investing, to name a few among the many. The folks at BALLE, along with BALLE’s Arizona Delegation including Local First Arizona, Community Investment Corporation and Mijente, and the CWWG at the Community Food Bank of Southern Arizona are some of the amazing people investing their energy, time, and love into paving the transition away from an unjust economy and towards an economy of care, equity, and collective, shared prosperity. To support and scale alternative economic development that aspires towards economic empowerment and equity, we the people need to shift the power and resources necessary to support the continued viability of community wealth building efforts. Individual consumption behaviors, institutional procurement benchmarks and buying strategies, investing in women and people of color owned businesses, developing cooperatives, introducing policies that prioritize community wealth over developers, revising securities laws to support investment cooperatives, banking locally, investing locally…every action and commitment is an opportunity to significantly support the transition to a just economy.