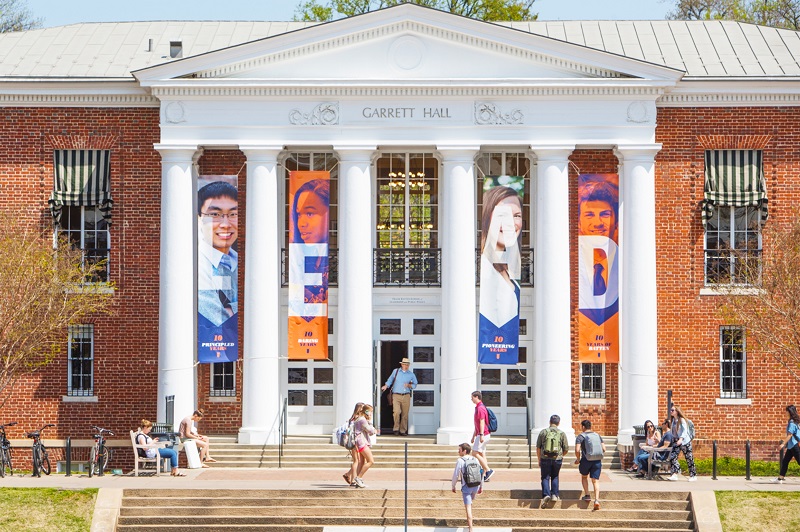 The Congressional Hunger Center is excited to announce a new partnership with the University of Virginia Frank Batten School of Leadership and Public Policy. Alums of the Mickey Leland International and Bill Emerson National Hunger Fellowship programs who are admitted to the school’s Master of Public Policy degree program will be eligible for an annual scholarship package amounting to at least $10,000 for Virginia residents, or at least $17,500 for out-of-state students. Hunger Fellow alums will also have access to assistantships, fellowships, and other awards during the second year of their degree program.

“With each successive class of Hunger Fellows, we’re working to create a new generation of leaders in the movement to end hunger,” said Shannon Maynard, Executive Director of the Congressional Hunger Center. “Many Hunger Fellow alums go on to pursue advanced degrees in public policy. That’s why we’re excited to launch this new partnership with the Frank Batten School—the only school of public policy in the country which is explicitly committed to teaching leadership. By making it easier for alums to continue investing in their development as leaders, this partnership will expand our network’s capacity to create real change.”

“The Batten School was founded to educate and train the next generation public leaders who will confront the great policy challenges of our time,” said Allan Stam, Dean of the Batten School. “As a result, we look to bring into our school individuals who have the potential to lead the world to positive, lasting change. Leland and Emerson Hunger Fellows have gained extraordinary experience fighting against hunger and poverty, and we are proud to forge this partnership with the Congressional Hunger Center to attract these change-agents into the Batten School.”

This partnership was announced at an event on Capitol Hill marking the Congressional Hunger Center’s 25th Anniversary, which featured a Hunger Fellow Alum panel discussion and the formal release of our 25th Anniversary Alum Impact Report. Data and stories highlighted in the report show the Congressional Hunger Center’s commitment to its core beliefs over the past two and a half decades: that people directly affected by hunger and poverty must be involved in finding solutions to hunger and poverty, and that those solutions can only be successfully implemented through collaboration between all sectors of society and all levels of government. The report shows that 20% of alums surveyed identified as having lived experience of hunger or poverty, and 23% were first generation college students. The report also shows that a wide majority of Leland and Emerson Hunger Fellow alums continue to work to end hunger and poverty, frequently in fields such as public policy, law, research, and organizing.

For many Hunger Fellow alums, their fellowship experience provided clarity or inspiration for potential career paths, which frequently includes pursuing graduate studies. But most graduate students in the U.S. take on considerable debt to further their education, with the average monthly student loan payment being $393 in 2016. Making student loan payments on a modest nonprofit salary after graduation can be a challenge for anyone; for people of color or with low socioeconomic status, the challenges are even greater. This partnership is designed to offset many of the costs of the degree, making it easier for alums to afford the next step in their personal leadership development.

Founded in 2007 with a $100 million grant from Weather Channel Founder and Landmark Communications CEO Frank Batten, the Batten School is committed to producing enlightened and ethical leaders who leave UVA prepared for public life, in their communities, in their professions, and in the world at large. Many Hunger Fellows start their fellowships with strong public service backgrounds, having participated in programs like Peace Corps, AmeriCorps, Princeton in Africa, and the Bonner Foundation Network. These prior experiences, combined with their fellowship placements and their development of the Hunger Center’s leadership capabilities, are strong entry points into the coursework offered at the Frank Batten School. With areas of focus ranging from political advocacy and economics to international development and social entrepreneurship, Hunger Fellow alums can pivot into a new policy area as a career change, or dive deeper into more familiar areas of academic inquiry.

Hunger Fellow alums who wish to be considered for this scholarship can apply to the Master of Public Policy degree by their first application deadline (January 15, 2019) or their second deadline (March 25, 2019). For more information, interested alums should contact Sakeenah Shabazz, Program and Operations Associate at the Congressional Hunger Center, or Jeffrey Chidester, Executive Director of External Affairs at the Frank Batten School.