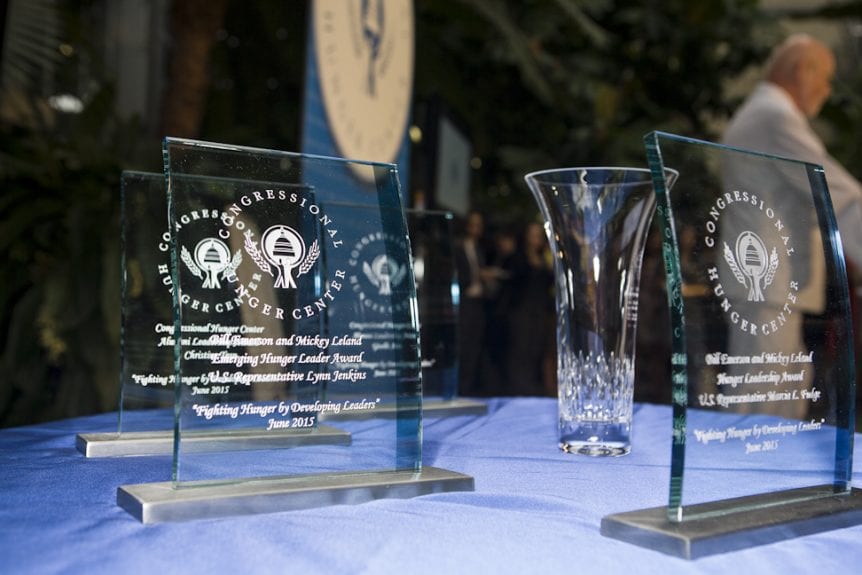 More than 300 leaders from government (Congress, USDA, USAID), agriculture and food companies, the wider corporate community, philanthropy, and the domestic and international hunger community joined the CHC Board, staff, Emerson and Leland Fellows, and fellowship alumni to celebrate the work of CHC and its awardees in the fight against hunger.

Proceeds from the Awards Ceremony support our flagship Emerson and Leland Fellowships, which train and mentor hunger leaders through hands-on work both in community-based and in policy-focused organizations throughout the U.S., Africa, Asia, and Latin America.

Download a Copy of the Awards Ceremony Program Book

In his remarks, Under Secretary Kevin Concannon said that “we as a country can do more…but we rely upon partnerships in doing it.” The Congressional Hunger Center gratefully acknowledges the support of the following partners, who make our anti-hunger work possible:

At the Ceremony’s close, CHC Board Chair Rep. James P. McGovern (D-MA) gave special recognition to Executive Director Edward Cooney, who retires this fall after fourteen years of leadership of the Hunger Center and a career of advocacy and public service in the anti-hunger arena.