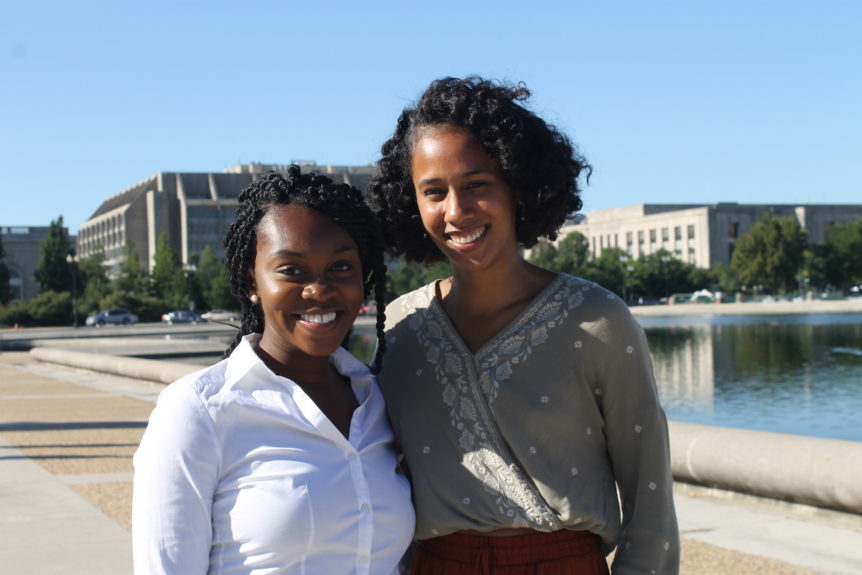 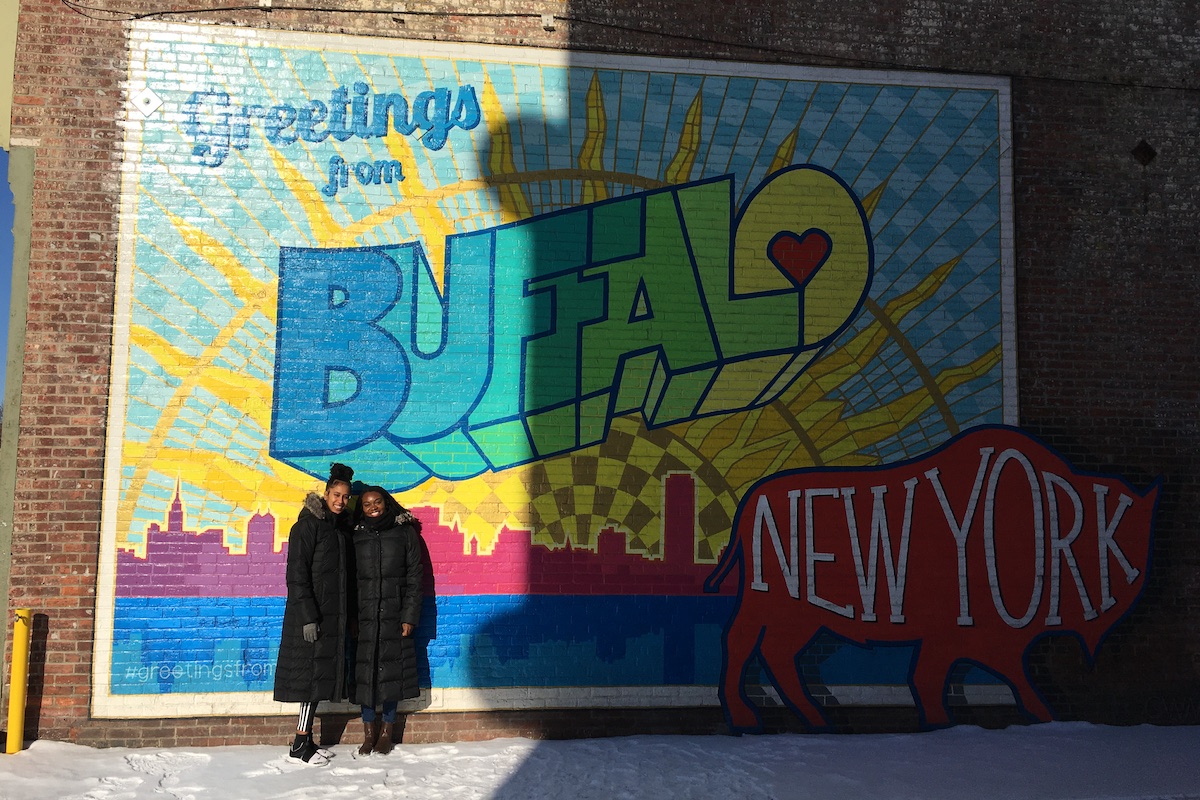 When I received the news that I was going to be placed in Buffalo, New York, I knew very little about the city besides the unconscionable levels of snowfall it received during the winter months. Yet despite my immediate impulse to investigate and research as much as I could about the city, I was prepared to have my first impressions to be untarnished—and unequivocally my own.

When Bethlehem Steel—one of the largest steel-mill operations, located on the shores of Lake Erie—closed in 1982, affiliated industries followed in suit and thousands of people left the city in droves towards the south. Erie County, the most populous part of the Buffalo-Niagara region, posted four consecutive decades of population decline, the worst decade being the 1970s where nearly 100,000 residents had left the region1. Although Buffalo’s poverty rate sits at 13.8%—marginally higher than the state poverty rate of 13.6%, the city of Buffalo remains one of the most racially and spatially segregated cities in the country2.

As I drove down Bailey avenue, made a left onto Main street and headed downtown towards Elmwood and Allentown, I was amazed that I was still in the same city. I had left rows and neighborhoods of abandoned homes, boarded businesses, and vacant lots to arrive at newly-built loft apartments, trendy coffee shops, and yoga studios. Such a transition comes in the midst of comprehensive revitalization plans for the queen city and its underserved east and west corridors. I had arrived in Buffalo’s new “renaissance.” It was clear Buffalo’s revitalization plans began and ended with top-down development plans and a local economy set to center its new medical campus and medical students at the forefront. Today, you can find the city cited as one of The Most Underrated Cities in America,”3 “The Best Place to Visit Every Year,” and “The Best Place for Millennials to Move.” However, such flashy titles give away to neighborhoods still plighted by the city’s history of discriminatory zoning laws, redlining, and disinvestment from communities of color.

While being placed at the University at Buffalo, I have had the unique opportunity to wrestle with the role universities play in the development or detriment of underserved communities. Fortunately at the UB Food Lab, my supervisor Dr. Samina Raja recognizes the power and privilege that comes with operating within such a powerful institution and prioritizes a genuine relationship between community partners. I have had the privilege to continue that relationship by working alongside resilient and consistent community members who have redefined development and change at the neighborhood scale in Buffalo.

Located on Buffalo’s West Side, Massachusetts Avenue Project (MAP) works with young adults in summer and or school year program that links farming, cooking, and food advocacy under one roof. The organization provides youth employment and enterprise opportunities primarily through its Growing Green Program. Since 2003, Growing Green has provided jobs and training to over 650 low-income youth, ages 14-20, increasing their knowledge of where their food comes from, along with how to grow, process and market healthy food.

Although we currently live in a world with high civic engagement by young leaders such as Greta Thunberg, MAP has been reproducing scholar-activists for over a decade in western New York. My project has been exploring what scholar-activists who participate in MAP learn and retain about farming, community organizing, and social justice work, as well as what factors facilitate their learning process. MAP understands the importance of uplifting the voices of the community, which is why preparing teens from the community to become leaders of change is their main course of action. I anticipate my work will provide MAP with the opportunity to strengthen the learned experience of the next generation of activists in the west and east side of Buffalo.

Many people, interactions and conversations have colored my experience here in Buffalo. I learned from the African Heritage Co-Op that anything less than ownership is unacceptable. I learned from the Somali Bantu Organization that land access and land equity are necessary for ensuring culturally appropriate food to Somali families in Erie County. I learned from MAP that food education must be rooted in social justice. It may seem that these lessons I have learned are all mutually exclusive. However, they have all imparted in me a note-worthy lesson: food policy done correctly does not exclude, but rather includes a food-systems approach that calls forth vendors, farmers, students, city planners, and policy-makers to listen and create change together. 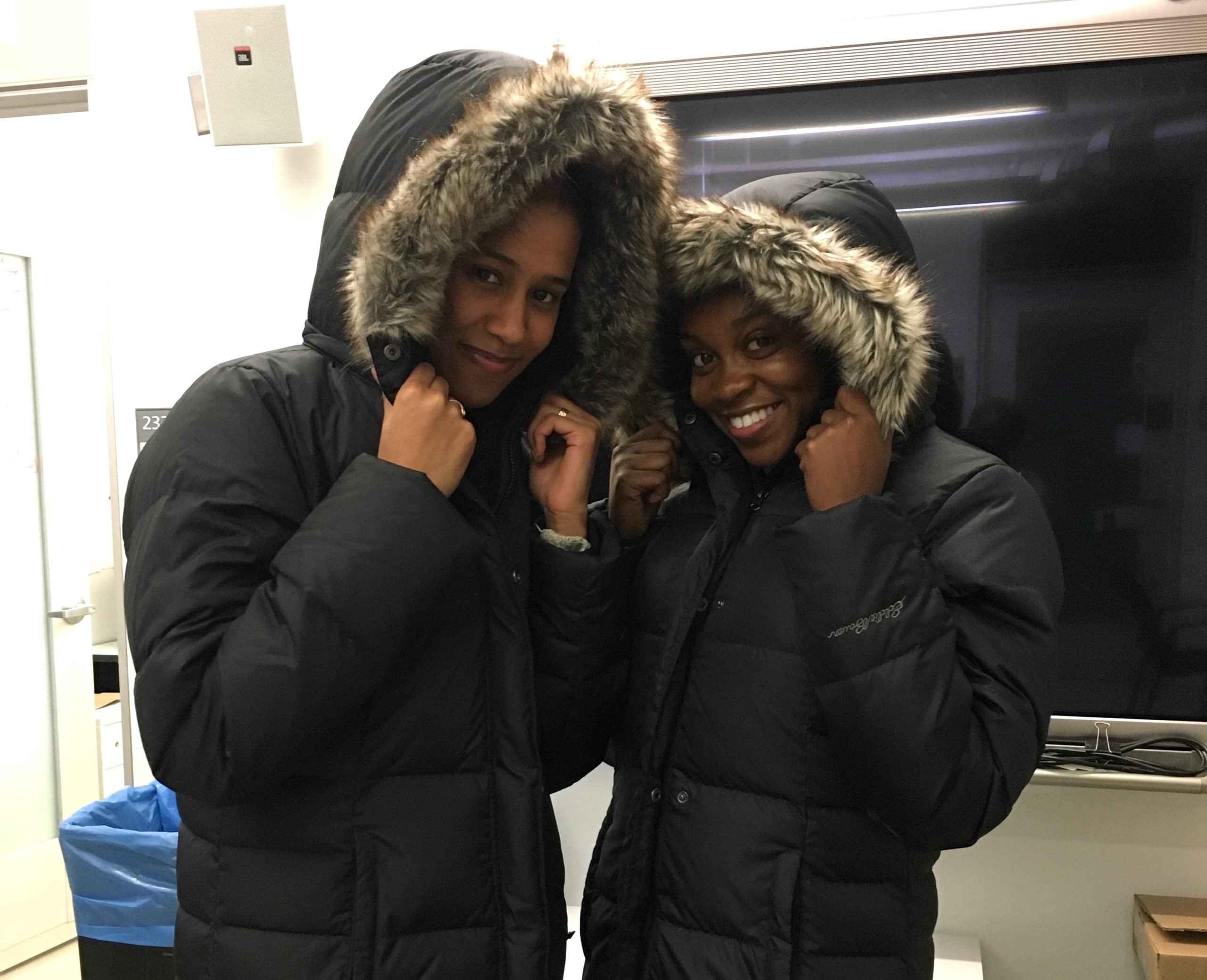 My first of many Lyft rides to and from my apartment in the Buffalo suburb of Amherst left me feeling quite nervous for what awaited me in my new home of the next five months. Not clear at the time that the area I lived in was indeed a suburb, and not the city of Buffalo itself, my first impressions of the Buffalo were not at all what I was expecting. I knew going in that Buffalo shared a history with many cities in the midwest like Detroit, whose history I was able to learn about during my time growing up in Michigan and especially at my undergrad institution just 30 minutes west of Detroit in Ann Arbor. Buffalo and Detroit were both once populous industrial cities along the Great Lakes that benefited from their locations as transportation routes through Canada and the northern regions of the U.S. They both struggled to deal with declining post-industrial populations and loss of manufacturing industries and the jobs they provided. So why did Buffalo feel so foreign to me on my first ride through the town?

I soon found out that Buffalo wasn’t just T.J. Maxx stores, five minute waits at red lights, and eight lane roads I’d never get less nervous about crossing on foot. There was so much character and seemingly endless numbers of stories rooted at each corner in the several neighborhoods that make up the city of Buffalo. I would soon get to see Buffalo’s historic Main Street Baptist Church, the African American church constructed in 1845 that was the last stop of the underground railroad before Canada. I toured a jazz club turned museum operated by older men who could have been my grandfather’s church friends, that preserves the history of jazz communities in Buffalo. A mural called the Freedom Wall comforted me on one of my first trips to the east side of Buffalo. It showcases paintings by Buffalo artists of local and national leaders in the historic and contemporary fight for political and social equity in Buffalo. I also learned of and witnessed some of the lasting effects of the discriminatory laws and practices that have further marginalized Black communities in Buffalo. One example is the1957 Ellicott Redevelopment Project and the construction of the Kensington Expressway that cuts through the city and tore up stable, middle class Black communities and homes. Today, the racial divisions in the city are stark and the effects detrimental for Black communities, yet another thing Buffalo shares with cities back home.

Megan and I were placed at the Food Systems Planning and Healthy Communities Lab at the University at Buffalo, a research group that works closely with other researchers and community partners in Buffalo and across the globe to leverage equitable food systems as a path to more equitable communities overall. With the leadership of Dr. Samina Raja and every member of the lab, the Food Lab collaborates on a variety of projects that foster healthier communities. To highlight a couple ongoing projects, the Food Lab examines the role of local and global policies in increasing food access with their policy databases and through their publications related to food systems research.

The project I am working on is in collaboration with the Westminster Economic Development Initiative, a non-profit organization that serves Buffalo’s West Side. The organization works to promote the economic wellbeing of residents on the West Side and across Buffalo. The part of the organization I’m most involved with is the Community Development department’s work at the West Side Bazaar, a business incubator for food and retail vendors who are low-income, refugee and immigrant business owners. My project has evolved over the last few months and now focuses on the ways that entrepreneurship is a path toward economic success for foreign-born populations. This project directly addresses the wellbeing of immigrant and refugee business owners in Buffalo by exploring the financial and human capital of the business owners as a result of their business ownership at the Bazaar.

One of the main things I am grateful for as I ease into my last few weeks working in Buffalo is what I have learned about leadership in protecting the wellbeing of Black, brown, and low-income communities. I have seen how successfully promoting an agenda that advocates for the most marginalized people requires all levels of leadership to be on board and ready to support making change. Especially in institutional settings with many overlapping and competing areas of authority, having alignment from leaders is essential to making progress. This reinforces what I came in knowing about the importance of having leadership that is representative of and has the needs of the most vulnerable communities at the top of their agenda. These are reflections I’m sure I will bring into my work and experiences in Washington D.C., where the influence of leadership styles and interests may be experienced even more directly. 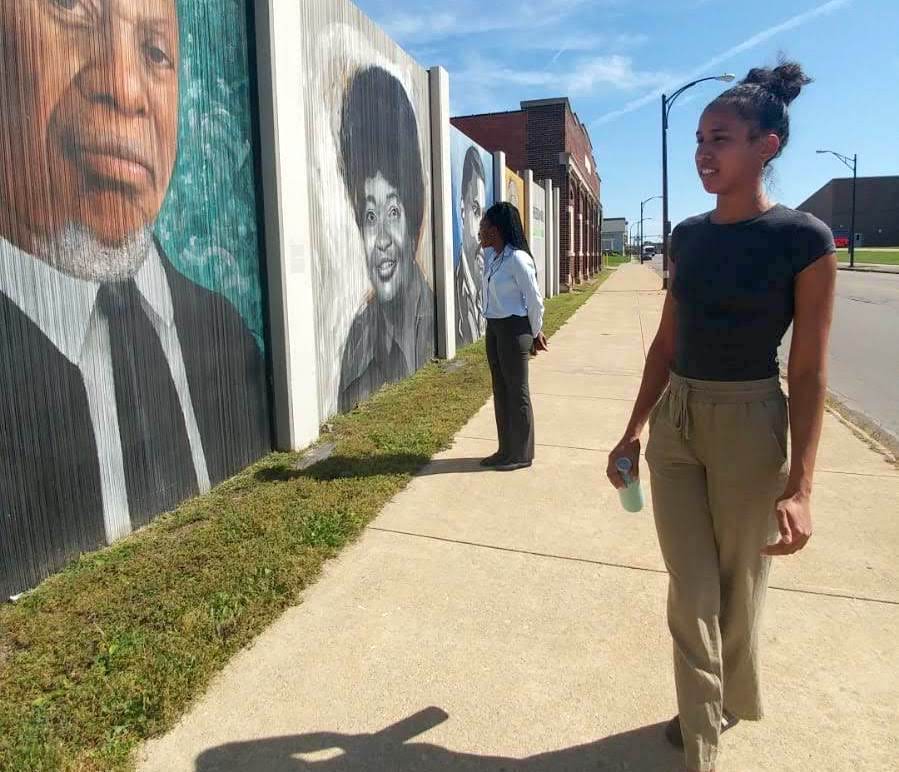 Special thanks to the General Mills Foundation for their support of Megan’s placement.