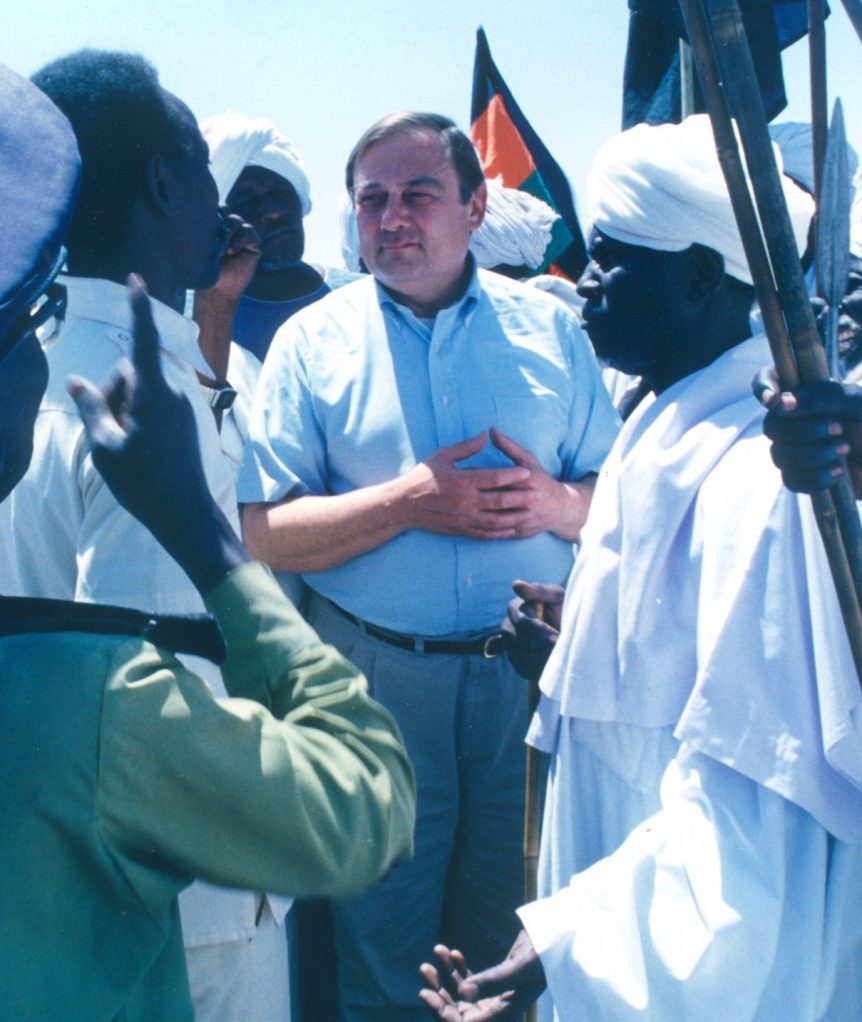 The Bill Emerson National Hunger Fellows Program serves as a living legacy to late Representative Bill Emerson (January 1, 1938 – June 22, 1996), a Congressional leader in the fight to end hunger. Bill Emerson was a man of integrity – a true humanitarian who crossed political lines to bring people together. His commitment to the fight to end hunger, and his tireless, bi-partisan work in Congress to advance anti-hunger initiatives, forms the foundation of the Congressional Hunger Center’s (CHC) anti-hunger work.

Bill Emerson represented Missouri’s 8th district as a Republican in the U.S. House of Representatives from 1981 until his death in 1996. In his early years, Representative Emerson proudly served as a House Page, an experience influential in his decision to run for public office. Once in Congress, he worked to find solutions to hunger and was the lead sponsor on many important pieces of anti-hunger legislation. He held leadership positions on the House Agriculture Committee and the House Select Committee on Hunger. Representative Emerson was particularly determined to ensure that food banks had the tools necessary to provide for the emergency needs of hungry children and families. With Senator Bob Dole and Representative Leon Panetta, he led the effort to establish The Emergency Food Distribution Program (TEFAP). While in Congress, Representative Emerson was considered a leading congressional advocate of “one-stop shopping,” the concept that public programs’ operations should be harmonized to best meet the needs of low-income households. He fought to reduce administrative rules that make food assistance to hungry Americans inaccessible.

During his fifteen years in Congress, Representative Emerson emerged as a leader in the fight against hunger in the United States and abroad. His bipartisan approach is evident in his productive friendship and partnership with Representative Mickey Leland (D-TX). He also teamed with friend and then Representative Tony Hall (D-OH) to found CHC in response to the elimination of the House Select Committee on Hunger.