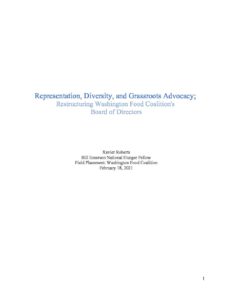 In this Hunger-Free Community Report, Xavier Roberts outlines his project to help Washington Food Coalition become more diverse and effective by restructuring its Board of Directors. 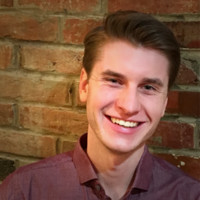 Homeschooled until college, Xavier graduated with his associate’s degree from Piedmont Virginia Community College at the age of eighteen before traveling to India for six months to study yoga and meditation in advance of completing a year of service as a third grade teacher in Southeast Washington, D.C., with the AmeriCorps program, City Year. Subsequently, Xavier completed his bachelor’s degree at the University of Virginia, majoring in Global Development Studies, before relocating to Hawaii to teach eighth grade special education as a Teach For America corps member. After four years of teaching, Xavier began his transition into a career in social justice, public policy, and community development, becoming an inaugural Oramenta Newsome Fellow with Local Initiative Support Corporation (LISC), where he served families experiencing homelessness. Simultaneously, Xavier began interning on Capitol Hill for Congresswoman Kathy Castor, Chair of the Select Committee on the Climate Crisis. Before becoming an Emerson Fellow, Xavier interned full-time with the House of Representatives Appropriations Subcommittee on Agriculture, where he further developed his knowledge of food and agriculture national public policy. 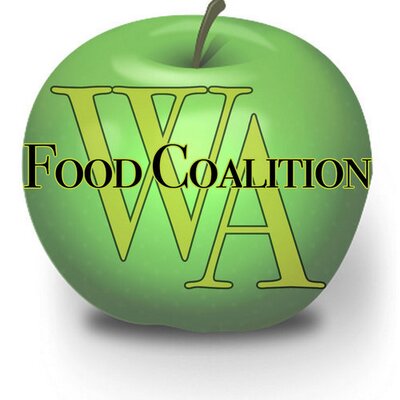 The Washington Food Coalition (WFC) actively educates and networks with organizations that strive to alleviate hunger throughout Washington. Incorporated in 1992 as a private non-profit, WFC is the result of a merger between the Western Washington Food Coalition and Eastern Washington's Northwest Regional Food Network. With the goal of creating an efficient, reliable network of food programs in mind, volunteer coalition members first started working together to share best practices, struggles, and triumphs across the field. Now, WFC serves as the collective voice of more than 300 hunger relief agencies from across the state, from Walla Walla to Spokane to Moses Lake to Bellingham to Seattle to Vancouver and just about everywhere in between. Members of the WFC range from large, multi-service agencies and distribution warehouses, to meal programs and small volunteer-operated food banks in both urban and rural communities.