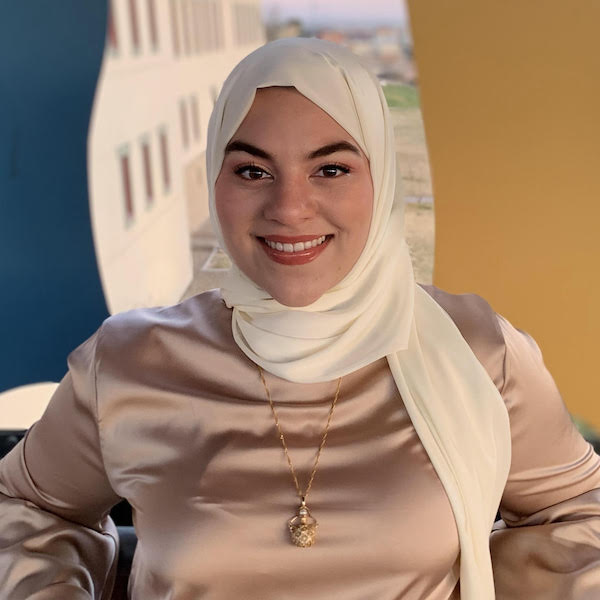 Raised in the borderland of El Paso, Texas, Raneem’s personal experiences and environment influenced her passion for public health and social justice. Observing at an early age her single mother seek affordable medical care and nutrition classes for her sister with Juvenile Diabetes, having family walk across the bridge to Mexico to receive medical treatment, to later noticing the intersectionality of the immigration status barrier and women’s health – she began with civic engagement, community health education, and voter registration to later working for a Texas House Representative that filed legislation to strengthen the Maternal Mortality and Morbidity Task Force. Raneem was awarded the inaugural Rising Star Award by the Texas League of Women Voters – El Paso for her activism and community engagement. She majored in Health Promotion form the University of Texas at El Paso with a Minor in Nutrition, and plans to use her education and skills gained from the Emmerson National Hunger Fellowship to work on anti-poverty initiatives to support low income women and families in her community.