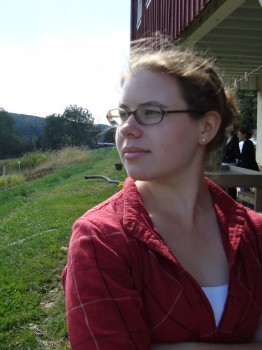 Originally from St. Louis, Milla graduated from Haverford College in 2010 with a degree in economics. She served as finance director of the student-run café, directed the college community service office, and played on rugby and ultimate Frisbee teams. She volunteered at an urban community garden and several organic farms, and interned at The Food Trust, where she worked on farmers’ markets, corner store initiatives, and youth education programs.

Milla researched new initiatives of states and the federal government to address poverty. She developed issue briefs on state poverty commissions, poverty impact statements, attitudes around poverty, and the relationship between poverty and economic development.

Why We Are Needed: Hunger Education for Hunger Relief Organizations