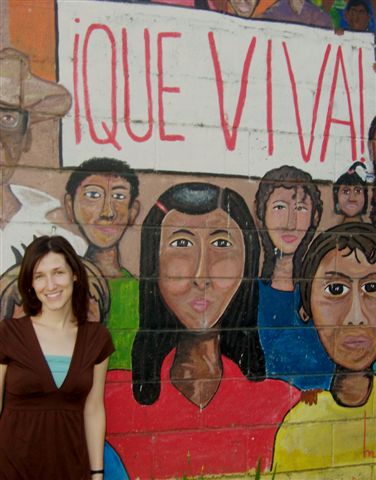 Michelle worked within the Rights and Development program of the Washington Office on Latin America. She performed research and policy work on trade, labor, development and human rights throughout Latin America. Her work included dissemination of research to policymakers in Washington, DC and Latin America, as well as meeting with members of Congress and with government agencies. Michelle also contributed to WOLA’s work on the impact of climate change on food security and the development and promotion of alternative policies that promote food sovereignty.

Originally from Fairport, New York, Michelle is a graduate of the University of Denver’s Sturm College of Law. In addition to her studies, she had the opportunity to work with human rights organizations in both the United States and Latin America, advocating on behalf of migrant farm workers, at-risk juveniles, sweatshop workers in Central America, and immigrant women and children. She also spent a semester studying at the University of Chile law school in Santiago, concentrating her coursework on international human rights, international economic law, legal anthropology, and international conflict resolution. She first became interested in hunger, poverty, and international development issues while majoring in Anthropology and Spanish with a minor in Women’s Studies at the State University of New York at Plattsburgh.