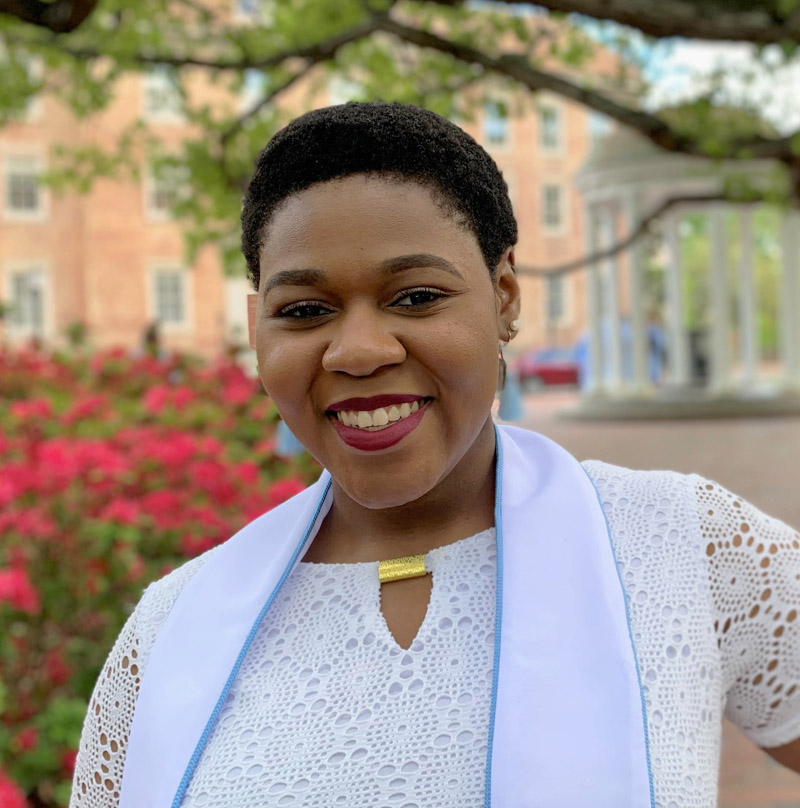 Originally from Laurel, Maryland where she now resides, Margaux was raised in Stockbridge, Georgia where she was first exposed to issues surrounding food insecurity. From there, Margaux attended the University of North Carolina at Chapel Hill, where she majored in health policy and management and minored in social and economic justice. During her time at UNC, Margaux was involved in a multitude of health-related organizations such as the Student Health Action Coalition, where she served as a founding member and Co-Director of SHACtivism, a health advocacy organization. Her interests in the social determinants of health and food security grew as she served as the communications and social media assistant for the Center for Health Promotion and Disease Prevention, where she worked alongside members of the No Kid Hungry team, and as the social media assistant for the Carolina Campus Community Garden.

Prioritizing the Voices of Clients in Program Evaluation: A Survey of the Commodity Supplemental Food Program in Davidson County, TN

Listening, Learning, and Trust: Ending Hunger in the Volunteer State