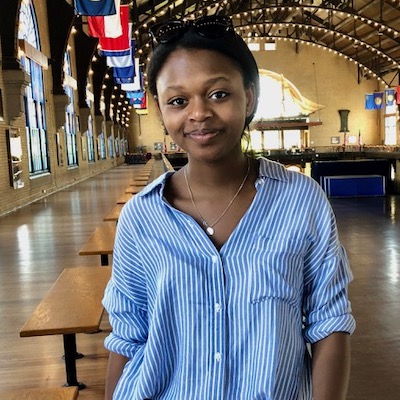 After working in international trade and public procurement for several years, Alexandra Kirton made a career transition to focus on food systems and emergency management. She began this transition at New York University’s Robert F. Wagner School of Public Service where earned her Master of Public Administration with a focus on international development policy and management. During her Master’s Capstone project, she led a team of students who wrote a report on the impacts of decentralized forms of government on coastal resilience efforts in the Philippines and Bangladesh. Upon commencement she received the Hammad Fund International Leadership Award for her contribution to the global experience, academic success, and exceptional capacity for international leadership.

Prior to becoming a Leland Fellow, Alexandra worked at several New York City government agencies where she worked closely with city officials on policy design and implementation. Most recently, Alexandra was a John D. Solomon Fellow at New York City Emergency Management where she served as a liaison for elected officials, city and state agencies, and community stakeholders during the COVID-19 pandemic and other emergency and non-emergency scenarios.

Alexandra is a Colorado native who enjoys cooking and learning languages in her spare time.

During her first year, Lexi is working with Mercy Corps as a Program Specialist for Resilience, Sustainability & Integration. In this role, Lexi contributes to Mercy Corps’ work on the USAID Implementor-led Design, Evidence, Analysis & Learning (IDEAL) award and the Zurich Flood Resilience Alliance (ZFRA). Under IDEAL, Lexi collaborates to design and execute activities that support and train food security implementing partners in their efforts to improve program design, implementation, and knowledge management. Specifically, she supports work under the multi-sector integration, sustainability, and localization workstreams. She is currently leading an activity on the implementation of multipurpose cash programming in emergency food security projects. With ZFRA, Lexi is involved in several research projects, including focused on analyzing the true costs of floods on food security. She is also collaborating with the ZFRW advocacy team to track international climate financing commitments following the COP 26 and identify new climate advocacy efforts in the United States.