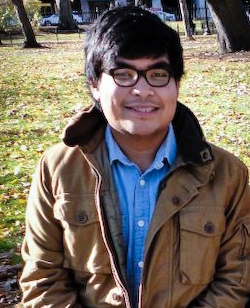 Originally from Houston, Texas, Albert graduated from Saint Louis University in 2011 with degrees in economics and environmental studies. As a student, he worked on subsistence farms in the Philippines and researched the implementation of countrywide organic farming initiatives with the Philippine Rural Reconstruction Movement. After graduating, Albert interned at the Community Engagement department of Oxfam America in Boston, Massachusetts, and worked as the program manager, grant writer, and resident staff member at Haley House, a multi-service organization for the homeless and formerly incarcerated.

Albert evaluated the federal summer meals program in King County and provided recommendations for improving knowledge of and access to the program in communities with low utilization rates. He also wrote a white paper on the “Collective Impact” framework, a structured model of collaboration for organizations from different sectors working on a common issue.

Albert contributed to the policy team’s research and analysis on developing a national job creation agenda for low-income people, people of color, and women.  He also assisted with the development of trainings on economic justice for partner organizations, and supported the immigration team’s advocacy for comprehensive immigration reform.