Washington CAN was born in the 1970s out of the Seattle/Tacoma Light Brigade, which fought against shutting off electricity for low-income families and against the taxpayer subsidization of nuclear power. During the 1980s, the Light Brigade became Washington Fair Share, joining a national network of organizations fighting for consumer justice and achieving statewide victories such as raising the minimum wage. Throughout its history, Washington CAN accomplishments have included establishing the nation’s highest inflation-indexed minimum wage, passing one of the strongest Patient’s Bill of Rights in the country, ensuring that seasonal farm workers receive the same health benefits as other workers, and spearheading the largest voter registration drive in Washington state history. 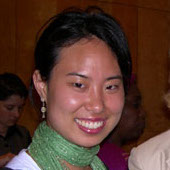