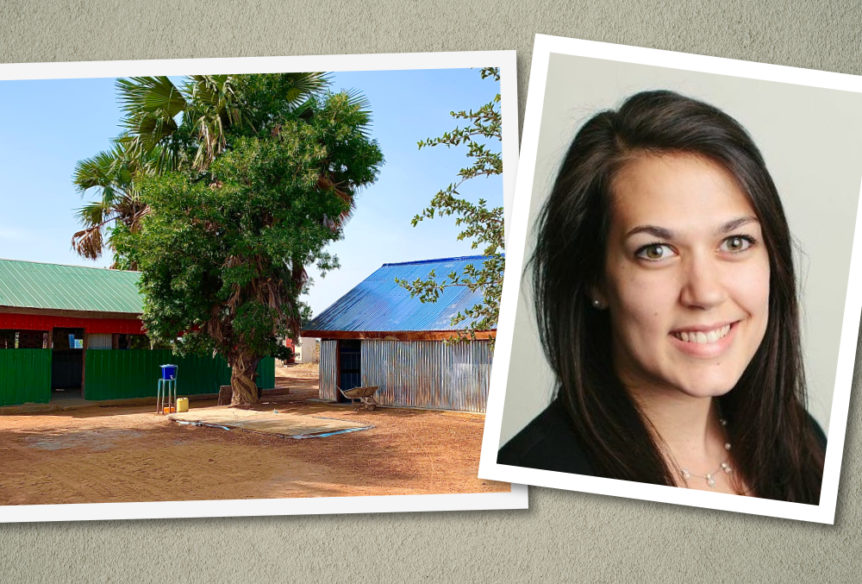 It was a typical Tuesday morning in December. My colleague and I were conducting a supervisory visit to one of Action Against Hunger USA’s nutrition sites in northern South Sudan. I sat in the back corner, hunched over patient registers and supply inventory lists cluttering the table in front of me, double-checking records while my colleague observed the flow of patients.

Mothers, caregivers, and their young children, all between six months and five years of age, sat together on woven mats inside the waiting room. Some children had been referred by a community health worker who had either screened them during home visits or at a mass community screening. Other caregivers came on their own, concerned for their child’s health. All children were there to receive outpatient treatment for severe or moderate acute malnutrition (frequently abbreviated SAM and MAM), conditions that drastically increase their risk of sickness and death. These children were either dangerously thin for their height or had a very small mid-upper arm, a proxy measure for undernutrition.

From my vantage point I watched as children were called forward one by one. A squirming toddler was first weighed, then a community health worker gently positioned her head on a height board while her mother held her feet in place to measure her height. A color-blocked band, called a MUAC tape, was wrapped around the child’s arm to measure her mid-upper arm circumference (MUAC). Each measurement was carefully documented on the child’s registration card, which would later be copied into the larger registers spread before me. A nurse aide then asked questions about the child’s health, took her temperature, and ran a rapid malaria test since she had a fever. Depending on the results, she could be given antibiotics or anti-malarials, or referred to a larger hospital for more tests.

Once the child had been weighed and measured to assess her progress towards recovery the health workers rummaged through boxes filled with small foil packets of fortified, high-calorie peanut spread, the special food used to help children quickly and safely regain weight. Depending on her current weight, the staff calculated how many packets she should consume each day until her next visit and loaded these into her caregiver’s bag. Then, they’d be on their way home, often walking for an hour or more along dusty (or, in the rainy season, very muddy) roads. Some sites in that county could see up to 750 children admitted every month.

That was in 2019. A few short months later, the world as we knew it changed. When a pandemic was declared in March 2020, global nutrition coordination agencies released guidance on how to continue providing life-saving treatment for severe undernutrition, while reducing the risk of spreading COVID-19 at clinics like the ones run by Action Against Hunger. This ranged from changing how children in communities were screened for undernutrition, to how eligibility for program enrollment was determined, to how frequently children returned for follow-up visits and check-ups, to how children’s progress and growth were measured. Governments, health ministries, and international organizations could decide which changes were needed in their context.

These protocol changes and adaptations were the focus of my second fellowship year. In collaboration with USAID, UNICEF, and the U.S. Centers for Disease Control (CDC), I led a study to document how the kinds of programs I had engaged with only a few months before had changed in response to the pandemic. Most of these adaptations had been trialed on a small scale before the pandemic, aiming to increase coverage, maximize cost-effectiveness, simplify protocols and logistics, and bring screening and treatment closer to communities. However, this was the first time that they had been implemented at such a scale and by so many organizations. Documenting this experience was a valuable opportunity to not only enable organizations and governments to learn from each other’s successes and challenges during the pandemic, but also to generate evidence about the adaptations’ impact on operations, staffing, logistics, and community acceptance. Ultimately, we intend for these findings to help policymakers decide whether to continue adaptations beyond the pandemic.

One common adaptation was the scale-up of an approach called “Family MUAC.” With this approach, caregivers are provided with the same color-coded bands used at clinics and trained how to take the measurements themselves. The goal is to equip families with the tools to monitor their own children’s growth, and to identify and act on undernutrition before their child gets very sick. Family MUAC was piloted on a small scale in many countries before the pandemic. During the pandemic, however, this approach has been scaled up across dozens of countries. It has served as a necessary stopgap measure while the mass community-based screenings that served as a critical referral point for children were suspended. Some have also used this approach at clinics to reduce contact between staff and children. Though there is still much to learn about the effectiveness of this approach in different places, many organizations and governments have reported that they plan to continue implementing Family MUAC beyond COVID-19.

The pandemic has shone a bright light on our standard ways of working. Organizations and governments responded to unprecedented challenges with innovation and flexibility. Their responses allowed for continued service provision in many places while reducing transmission risks. However, they also elicited more questions about which components of traditional acute malnutrition treatment can be adapted and strengthened, both during the pandemic and beyond. This fellowship has been an incredible opportunity to closely examine both sides of this issue.

What we had before did work – indeed, thousands of children received treatment and were discharged as cured in that county in South Sudan alone. However, as we adjust to “the new normal,” the humanitarian and nutrition communities should pause and reflect on what exactly that means. Before the pandemic, “normal” meant that, worldwide, acute malnutrition affected more than 47 million children under five in 2019. Yet, only about 25% of children who needed treatment for severe acute malnutrition actually received it, meaning that millions of children remained at risk. Nutrition and health service provision often ran in parallel, rather than complementing each other. Expensive treatment products were typically imported through a single supplier, leaving programs at risk of stockout in the event of supply chain disruption. Weak health, food, water, and sanitation systems combined with ongoing conflict or economic hardship often undermined any short-term gains children made during treatment, as well as long-term growth. We need to ask ourselves: Is this good enough? What can and should we do better? Why aren’t we doing that?

It is our responsibility as a sector and as engaged global citizens to ensure that we do everything we can with what we are privileged to have. Moving forward, we need to invest more in strengthening systems that create an inclusive environment for all to safely access not only sufficient, culturally appropriate, nutrient-rich, affordable food, but also health services, clean water, and social safety nets. Furthermore, we must create space (and funding opportunities) for innovation and documentation to find out what really works and what should be reconsidered. Such solutions will not come only from international organization and coordinating bodies; they must be fundamentally led by the communities, caregivers, and even children actually engaging with these programs. The “new normal” should be based on evidence, adaptability, and collaboration in order to save more lives.