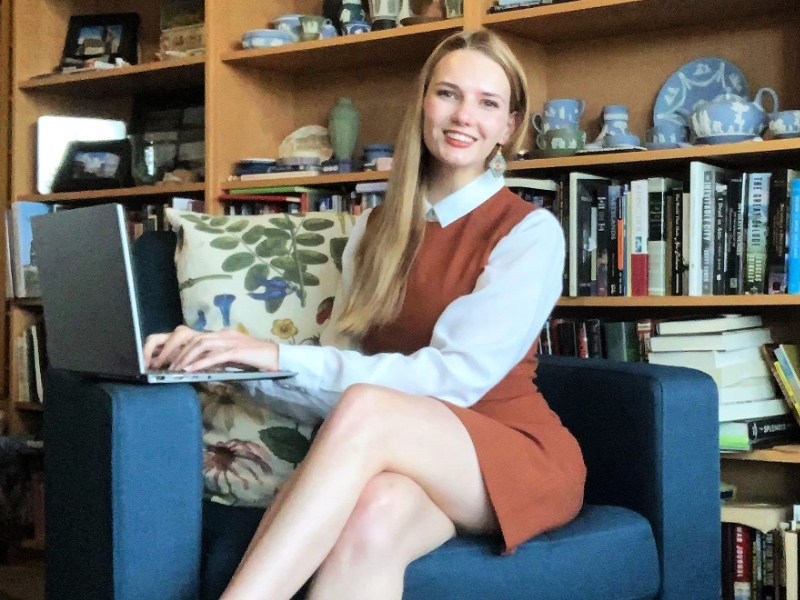 When indicating my field placement preferences last summer, serving Native American communities was at the top of my list for two reasons. First, I am a proud member of the Choctaw Nation of Oklahoma, and serving others is an essential part of carrying out the Chahta spirit. Second, by the time that we, the 27th class of Emerson Fellows, were asked to provide our preferences, COVID-19 had already taken a disproportionately higher toll on Native Americans relative to other communities. Feeling hopeless as I watched the number of infections and deaths in Indian Country tick up throughout the summer months, I knew I needed my year as an Emerson Fellow to be more than an opportunity to learn. I needed it to be a year of action and healing.

The “action” part of my fellowship began on my first day with my field placement, the Native American Agriculture Fund (NAAF) in Fayetteville, Arkansas. NAAF is a charitable trust, created through the settlement of the Keepseagle v. Vilsack class-action lawsuit. The suit alleged that the United States Department of Agriculture was unfair in its lending practices towards Native American producers. With the money received from the settlement, NAAF is now the largest philanthropic organization in the country dedicated to serving Native farmers and ranchers. Their grantmaking work helps to correct some of the injustices of the past through an infusion of funds into Tribal communities and economies.

Welcomed to NAAF by a Zoomful of Native men and women, I had never before felt so empowered upon entering a workspace. To be assigned to an organization run by Native Americans for the benefit of Native Americans was like a dream come true. Shortly after I began, I was tasked with researching and writing a Hunger Free Community Report about the Federally-Recognized Tribes Extension Program, or the FRTEP.

While I come from a long line of farmers, and even a few sharecroppers, agriculture had since skipped a few generations in my family. Though now it is impossible for me to miss, before coming to NAAF I had never made the mental connection between investing in agriculture and ending hunger. At first, I was totally unfamiliar with the agricultural policy acronyms being tossed around. I asked what extension was because, in my experience, asking questions is always a better policy than pretending to know something you do not.

“Extension is the agricultural assistance service you would call up when say, you want to build a hoop house and don’t know how.” Great, I thought. What’s a hoop house? I kept that question to myself for now, not wanting to totally lay bare all of my ignorance. Instead, I waited to ask my supervisor during a one-on-one meeting. We laughed about it.

My work on the FRTEP report began with a look at the history of agricultural extension in Indian Country. Extension has been promised to Native producers in treaties created between Tribes and the U.S. government for centuries. These treaties have no expiry date, meaning that the provision of extension to Tribes is just one of the many trust responsibilities of the federal government. Yet, like many things promised to Tribes, Native American farmers and ranchers were denied equitable access to the traditional cooperative, or county, system of extension. The FRTEP was created in the 1990 Farm Bill to help address this.

Meant to serve only Native producers, the FRTEP is a program that since its inception has worked to empower Native communities through agriculture. Despite being severely underfunded and understaffed, the FRTEP is a powerful tool in making the agriculture industry a more accessible and equitable place for Native producers. For every dollar spent through the FRTEP, there is a two dollar return on investment, so the program is also great at supporting Tribal economies. Tribes recognize the importance of the program, farmers recognize it, as do the folks at NAAF. It was my job as a fellow, to tell the story of the FRTEP to convince others of its importance as well.

Learning how to center the lived experiences of those closest to the program was an essential part of my work. While data collection is key to good policy advocacy, storytelling is what ultimately gets the job done. For me, that meant getting to know the 34 FRTEP agents. (Yes, you read correctly—there are only 34 agents assigned to cover all of Indian Country, while the traditional extension system has over 15,000 agents.)

Through a series of surveys and interviews with the agents, I was able to create a report that will hopefully be used to advocate for the program in the upcoming 2023 Farm Bill negotiations. Everything in the report, from identifying the FRTEP’s shortcomings, to lauding its strengths, to designing policy solutions to support the program, was possible because the FRTEP agents trusted me to relay their stories.

In just five short months I went from not knowing what extension was to becoming a staunch advocate for the FRTEP. This was only achievable because I was ultimately able to admit what I did not know and to learn from the experts around me. While I was learning about extension, I also learned that perhaps a future in agriculture law and policy, dedicated to helping Native producers, is going to be my way to help end hunger in Indian Country.

The “healing” part of my Emerson Fellowship year is still underway. In the Choctaw Nation, we have a tradition known as Iyyi Kowa. Directly translated it means “broken foot,” but what it really refers to is a time of year when the entire community comes together to help serve those who are unable to provide for themselves, perhaps because they are injured, sick, or mourning the loss of a loved one. No one is expected to ask for help; help is instead given freely because it is the right the thing to do, and because when one member of the community is helped, the entire community becomes stronger and more resilient.

Since the start of the COVID-19 pandemic, I believe that Indian Country has been facing a time of Iyyi Kowa. Alaska Natives/American Indians were 3.5 times more likely than non-Hispanic whites to become sick with COVID-19, and 1.8 times more likely to die from it. While Indian Country has suffered from many new “broken feet” during this pandemic year, we have also been forced to re-reconcile with injuries from the past. COVID-19 acted like an x-ray over the past year, making visible to others the hairline fractures that remain after centuries of injurious and unjust policies, never allowed to fully heal. Now that the extent of the damage is beginning to be revealed, it seems like people are ready to make an effort to begin the healing process. The most effective way we can do this is by ensuring that policies are designed with an eye toward racial, class, and gender equity. And maybe we can build a few hoop houses along the way.