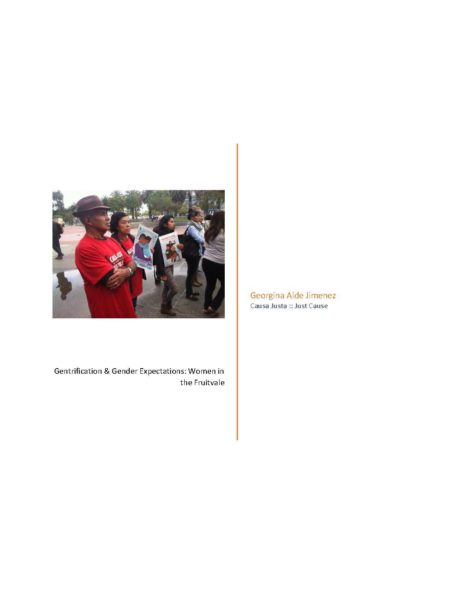 Gentrification & Gender Expectations: Women in the Fruitvale explains the challenges that Latinas face as mothers, wives, immigrants, and victims of tenant harassment, and the importance of empowering these women to strengthen themselves and their community. 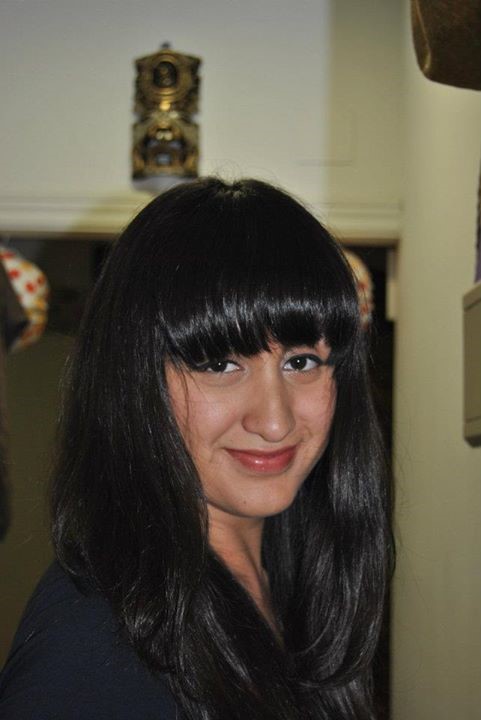 Georgina grew up in Ciudad Juarez, Mexico and El Paso, Texas and graduated from the University of Texas at El Paso in 2012 with a degree in political science and Chicano studies. She participated in the Service Learning program for Las Americas Immigrant Advocacy Center and Centro De Los Trabajadores Agrícolas Fronterizos and studied abroad in Seville, Spain at the University Pablo de Olavide. She served as a field organizer with AmeriCorps VISTA for the New York City Coalition Against Hunger and Texas Hunger Initiative, where she convened community leaders on food insecurity and lack of nutrition, promoted federal programs like SNAP and summer meals, and organized with community members on alternative breakfast models. She has also conducted research on food deserts and obstacles to nutritious food access in the Paso del Norte Region on the U.S.-Mexico border.