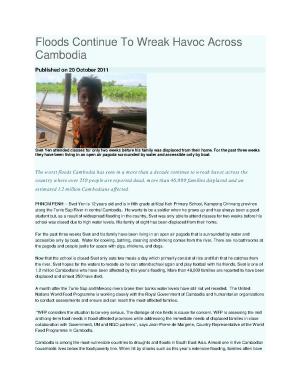 Article on the Food Security Effects of Flooding in Cambodia

In late 2011, Cambodia was hit with the worst flooding it had experienced in over a decade.  Over 1.2 million Cambodians were affected by the floods. The flooding destroyed the rice harvest, which many Cambodians rely on for their livelihood and displaced 46,000 households. One such household was that of Svet Yen who was living in an open air pagoda when World Food Program staff met him while conducting an assessment of the area to ascertain the needs of the community. I wrote this article about Svet Yen to highlight the situation in which so many Cambodian families found themselves as a result of the floods. The World Food Program provided assistance to flood affected households during 2011 and into the latter half of 2012 to help families cope with the effects of the disaster.

Download "Article on the Food Security Effects of Flooding in Cambodia" 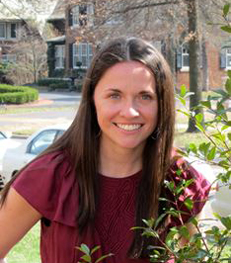