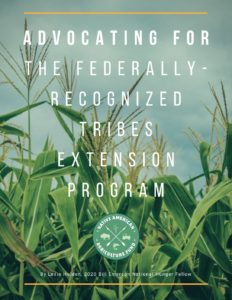 The Federally-Recognized Tribes Extension Program (FRTEP) was initially created in the 1990 Farm Bill to address the inequities in agricultural extension offered to Native American farmers and ranchers. Thirty years later, the FRTEP has never been appropriated the funding or staffing it was originally authorized. This report looks at the history of extension in Indian country, the reasons for the FRTEP’s creation, and the hopes held by the FRTEP agents who make the program possible. Through data and storytelling, readers of this report will become well-equipped to advocate on behalf of the Federally-Recognized Tribes Extension Program, and its agents. 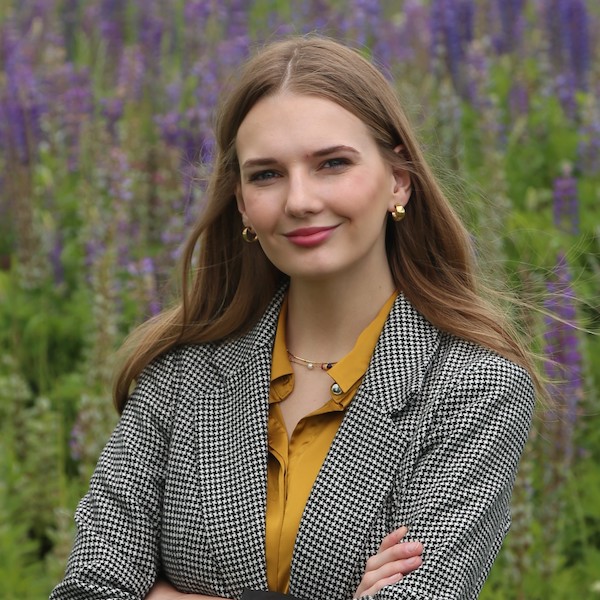 Lexie Holden graduated from the University of Chicago in 2020 with degrees in Political Science and Germanic Studies, as well as a minor in Human Rights. While studying at Chicago, she served as Special Projects Manager for State Senator Kwame Raoul where she worked, among many things, on combating food deserts in Chicago's South Side. Lexie also has done anti-hunger work in Seattle, Washington, with Pike Place Market, and wrote an article for Human Rights magazine on food justice as economic justice while interning with the American Bar Association's Section of Civil Rights and Social Justice in Washington, D.C. Lexie is also a citizen of the Choctaw Nation of Oklahoma.

The charitable trust was created by the settlement of the landmark Keepseagle v. Vilsack class-action lawsuit. NAAF is the largest philanthropic organization devoted solely to serving the Native American farming and ranching community.