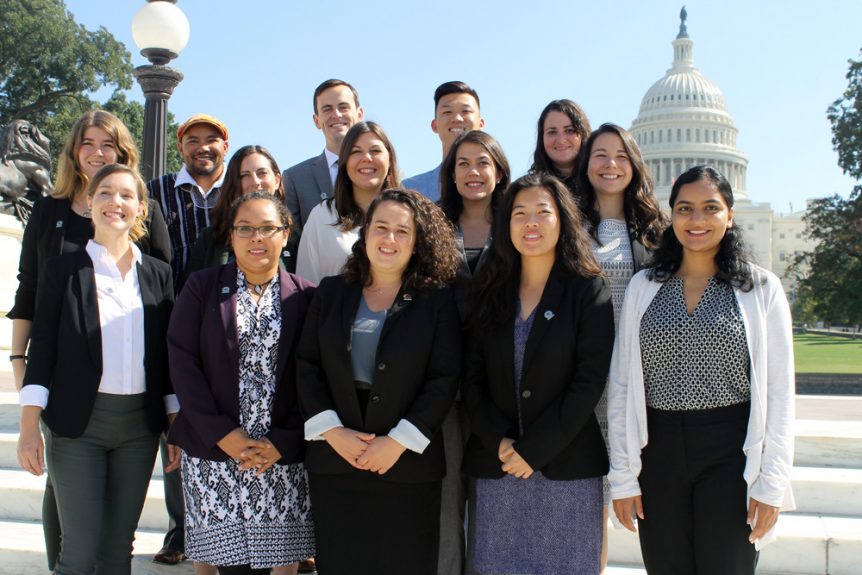 The Congressional Hunger Center is proud to announce the newest class of Mickey Leland International Hunger Fellows! The newest group of fellows, the tenth such cohort since the program’s founding in 2001, gathered in Washington, D.C., for a week in September for orientation and training as they prepared to begin their two-year fellowships. They will spend the first year spread out on three different continents and in twelve different countries. We’re proud of the initiative and passion that our 10th Leland class has already shown in their quest to alleviate hunger in our world.

The first class of Leland Fellows formed in 2001, and was named in honor of Rep. Mickey Leland (Texas). The fellowship was created to train bold leaders who understand the systems that contribute to food insecurity and hunger, and who can develop solutions to create a hunger-free world. 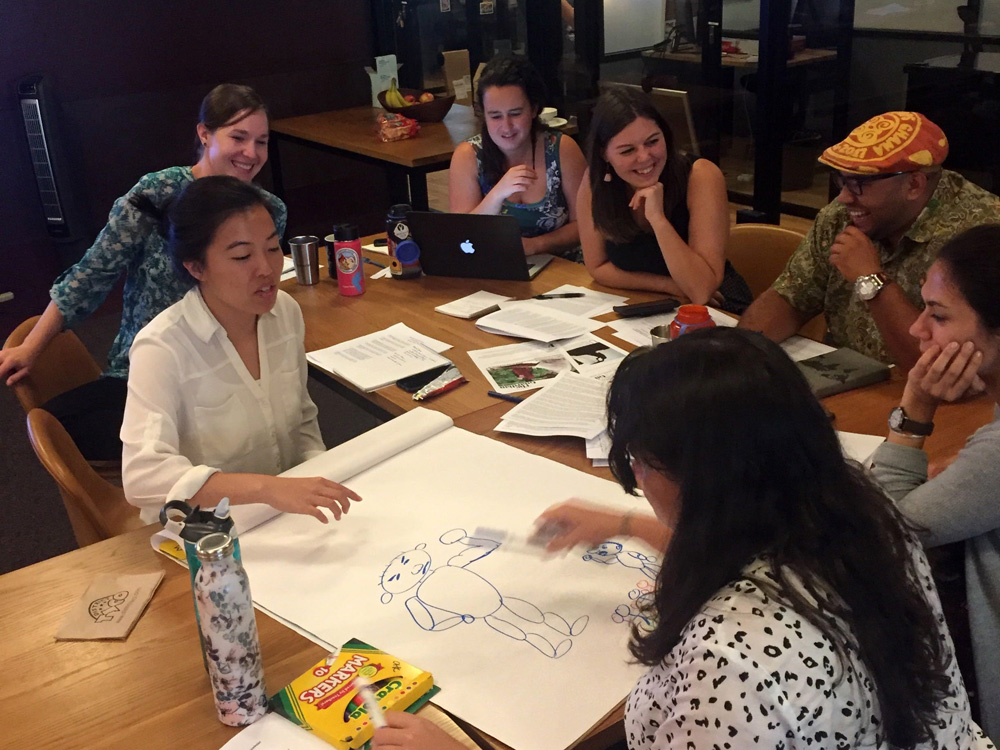 Leland Fellows participate in a group exercise during orientation 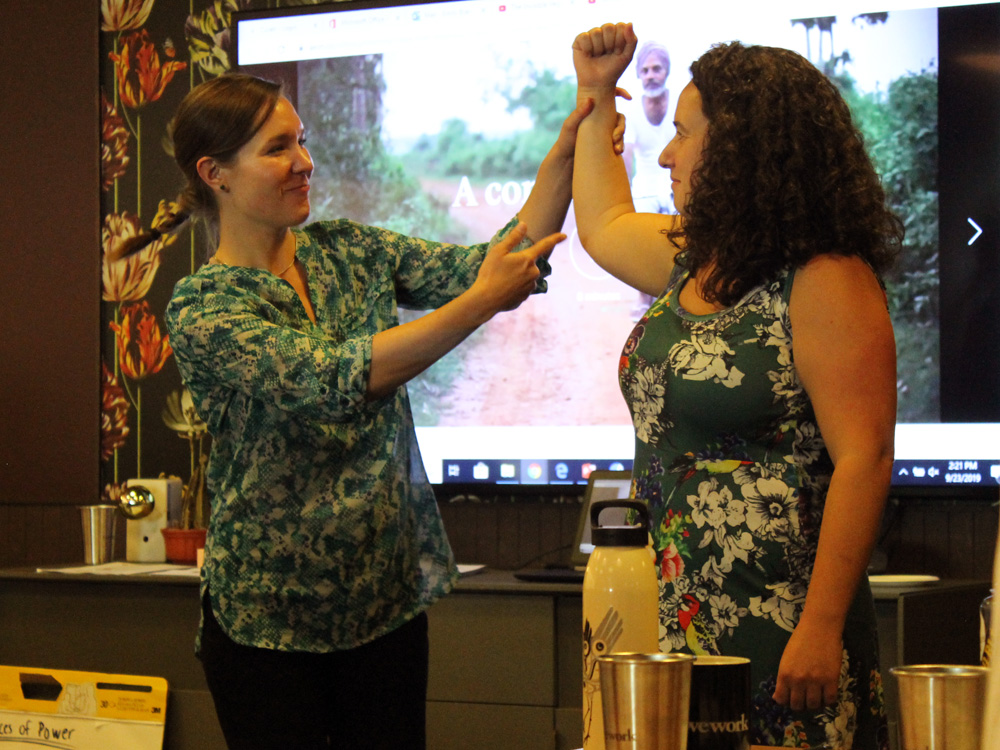 Rhiley Allbee and Amit Smotrich act out a power dynamic during a training session on the forms of power. 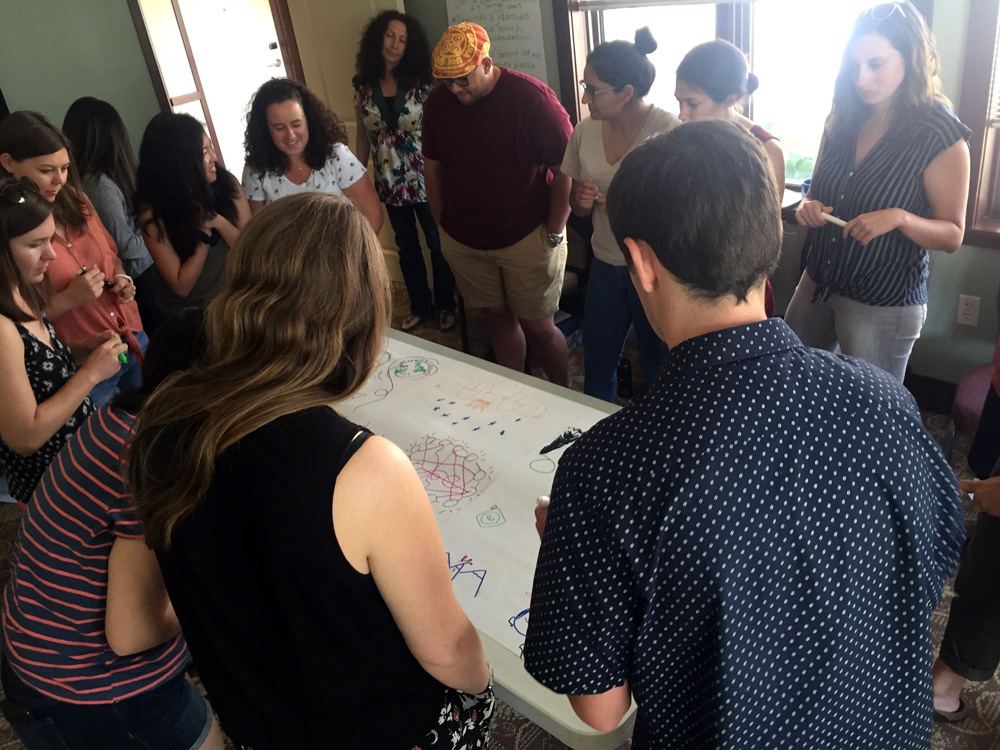 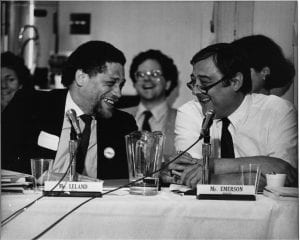 2019 also marks the 30th anniversary of Rep. Leland’s untimely death in a plane crash while on a congressional mission to Ethiopia. During his eleven years as a United States congressman, Leland emerged as a passionate leader in the fight to eradicate hunger. His dedication to ending hunger is the inspiration and foundation of the Congressional Hunger Center’s work today.

In the past two decades, nine fellowship cohorts have followed in Mickey Leland’s footsteps as aspiring leaders in the anti-hunger movement, but we still face challenges to our goal of zero hunger by 2030. More than 820 million people around the world suffered from hunger in 2018 and more than 2 billion people were nutrient deficient. These statistics remind us that striving for food security is more vital now than ever. We wish the newest class of Leland Fellows the very best as they begin their fellowship journey together and find the ways they can have the greatest impact in ending hunger around the world.