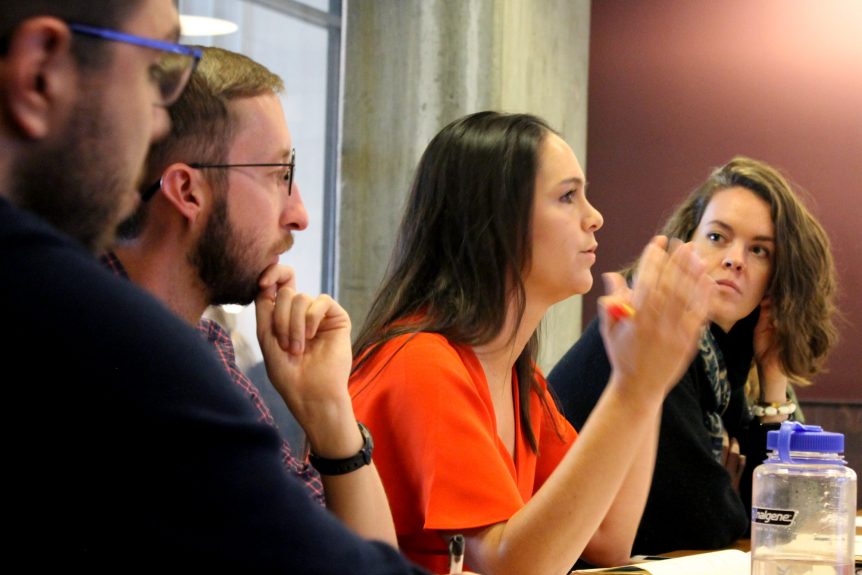 When last we caught up with Leland Hunger Fellow Rachel Gilbert, she was placed in Lilongwe, Malawi with the International Food Policy Research Institute (IFPRI). For the second year of her fellowship, she worked at IFPRI headquarters in Washington, D.C. We talked with Rachel about her perspective on how foreign assistance can be improved and what she’s learned as a Hunger Fellow. (This interview has been edited for clarity and length.)

Based on your experience in the field, can you think of an example of how transparency is, or isn’t, being implemented as a core principle in development work? Are outcomes affected by this lack of transparency?

We may value transparency as a principle, but from my perspective, there’s not a lot of incentive for people to be completely transparent [because of] the way that development projects are funded. There’s not an incentive to admit that you were wrong, or that something didn’t work as it should; there’s not an incentive to admit where there’s uncertainty and to work together to improve a program or project. And where there’s a broad [existing] narrative, people tend to fit things into that narrative, rather than to say, “Well, this is what we found, and it doesn’t really fit.”

For example, let’s say previous research has shown that mothers’ education is really important for nutrition outcomes of children. Because funding tends to follow success, there’s an incentive structure that leads people in development programs and research to fit their work into that narrative, without enough room for sharing mistakes or results that are not favorable [to that narrative]. Interesting results aren’t being shared, and then we’re all following the original narrative, instead of questioning what we think is best. It’s something like a feedback loop, with studies reinforcing previous results rather than leading to new perspectives.

The point of doing research is that the conditions in each location are different; just because we’ve seen trends in one place doesn’t mean that those are going to be the same in another place. The idea is to tailor a project or a program to a specific country’s needs, or a community’s, or a region’s. The ultimate goal is the best outcome for the greatest number of people; the ultimate goal is not that we evaluate our program and our program was good.

Now that you’re in the second year of the fellowship and you have a different scope for your work, do you notice other places where accountability or country ownership are either being implemented or not?

Mostly now I’m working on Papua New Guinea, using household survey data and looking at different aspects of food consumption and nutrition, at changes in food consumption and spending over time. For the Papua New Guinea project, we’re trying to share the results of our research and asking people what they’re interested in for the future to start a country program there. We want to know how our work can respond to their needs.

In terms of accountability, we’re really held to this idea of giving people not just our research, but the actual data, which I think is how we should do it. We did a training on this statistical analysis software, so people don’t have to just [accept] what we say, as is often done. We say: you can have the data that we collected. You can replicate the analysis, and you can decide if you think that we did it in a way that was rigorous, but also, you don’t have to think that what we think is interesting is interesting.

[The people we’re working with] are all civil servants in the Masters of Public Policy program at the University of Papua New Guinea. They work all day at their civil service job, and then they come every night from five to eight to do their Masters. At the beginning of the training, they all went around and shared what they do. They said, “We just want to bring some tools back to our jobs and show people what can be done.”

I think that’s a cool example, and it has this idea of accountability: we’re giving you what we have. This is raw [data]. Take what you will from it and question us. It’s a bit like country ownership, but it’s more the idea of capacity strengthening, or giving people the tools to do not just what we think is important, but what they think is important.

Still, there’s also this [dynamic] when people come from another place and are presented as experts that can sometimes lead a community to treat what they said as true, and therefore they should act on it. But I think the interaction and personal relationships make it much more of a dialogue about what’s important and what can be done.

This sounds great: the ability to be transparent with your data, to hand it over to people. Do you think there’s something standing in the way of everyone who works in this field, keeping them from adopting methods like these?

Yeah—there are some incentives in academia and research to guard your results, so you can get published. For example, I have written something that I would like to share, but I can’t share it until I submit it to a journal. That’s one example. In development, there are so many incentives not to share all of your findings. If you’re competing for a grant, you [wouldn’t] say: “We did an evaluation of our program and this part was really weak, we don’t have the capacity to do this part, and people really hated this component of the program…” I’m not saying it doesn’t contribute to learning; I think it probably does. That institution can improve the program next time. But there’s a disincentive to broader learning because some of that information could be damaging if you put it out there for the world to know. I think donors have a role to play in saying, it’s okay that this didn’t go right. 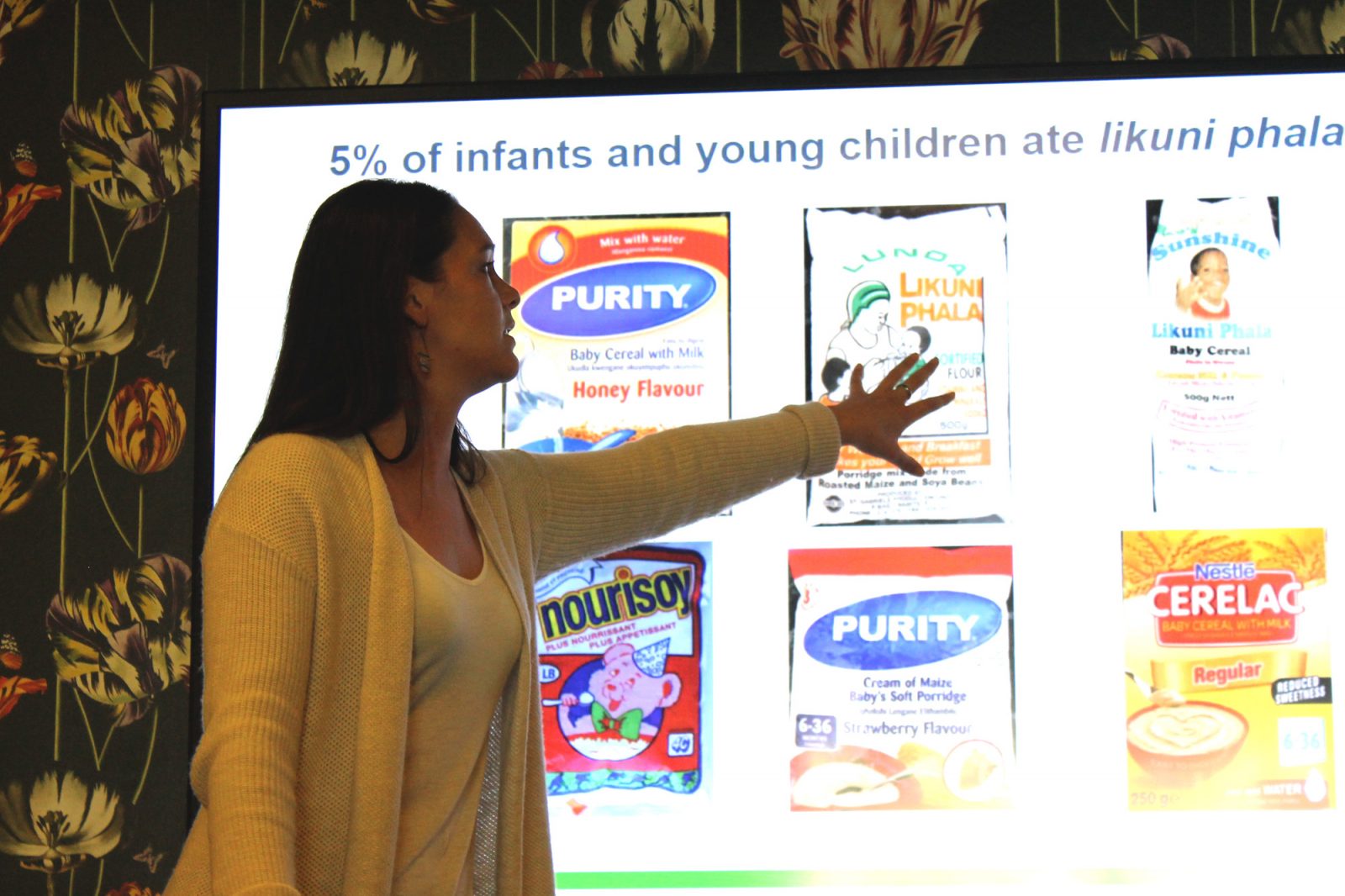 “Using your skills and expertise in the most useful way possible rather than just asserting yourself over others.”

Why do you think we should we hold up accountability and country ownership as principles?

What is the point of working really hard to achieve something if we’re not learning from our mistakes, or other peoples’ mistakes? It’s very easy to lose sight of the broader goal, which is to improve as many people’s lives as possible. I think the best argument for accountability is that just being transparent is going to improve outcomes for everyone. No matter what, we’re going to learn together, and that’s going to improve people’s lives: that’s what we’re trying to do.

What have you learned about leadership as part of this cohort?

It’s interesting. I’ve always had this idea of a leader as being someone who’s in charge of others, or at the top, or somehow commanding people. But I think I’ve started to see a lot of more subtle ways of being a leader. I think specifically in the context of the Leland Fellowship, of pushing people and ourselves to think about how we can be the most useful, how we can be the best part of a team, how we can contribute to the greater goal in the best way possible. Being a leader is also knowing your strengths, knowing where you’re useful, and where you’re needed, and when to speak, rather than being the person that’s always speaking, always leading. It’s a lot about timing and using your skills and expertise in the most useful way possible rather than just asserting yourself over others. 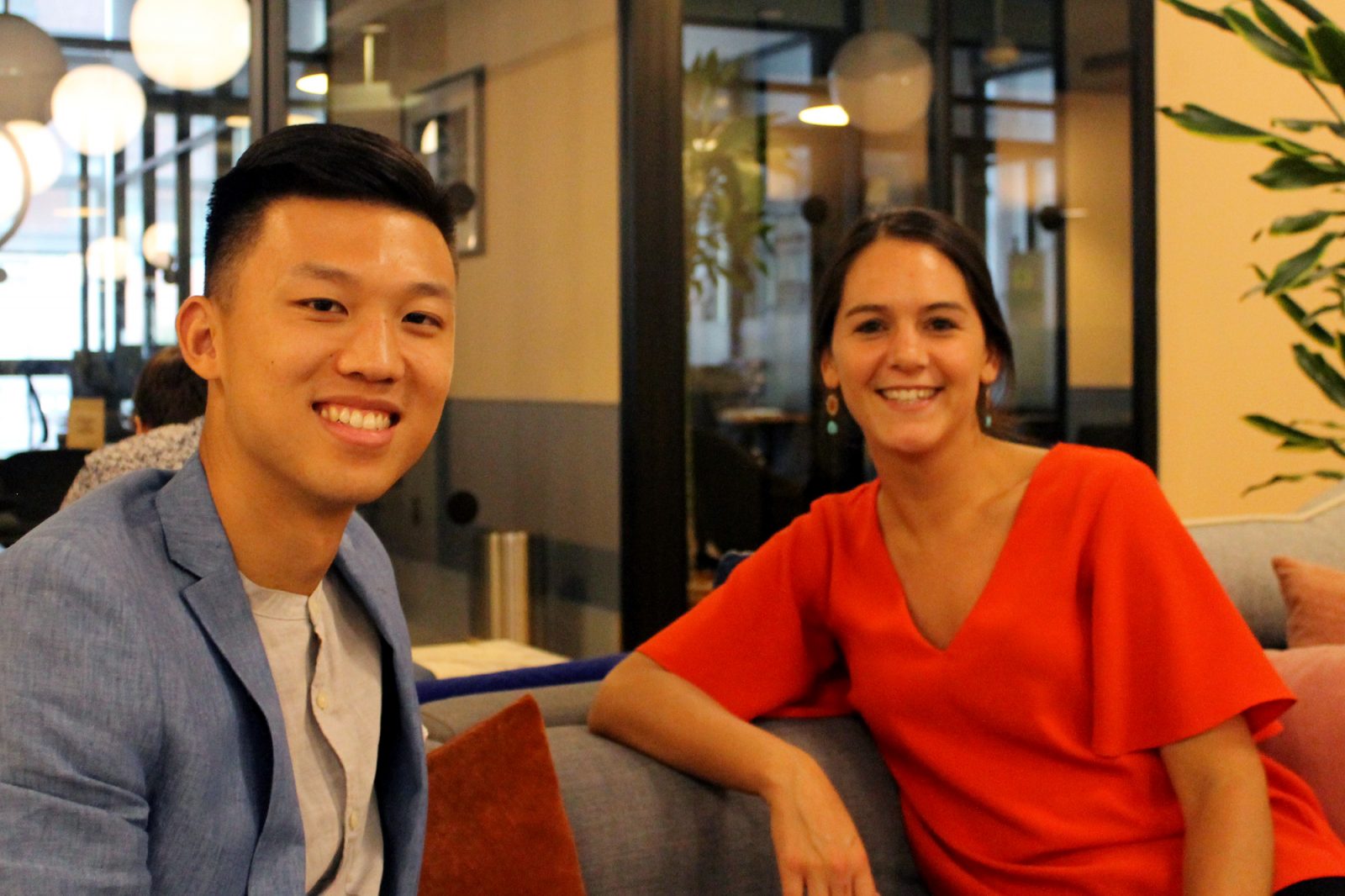 “There are so many opportunities for people to learn from one another.”

You’ve been a fellow for almost two years now. You’ve seen the full spectrum of development work, from Malawi to Papua New Guinea to Washington, D.C. What has your time as a fellow taught you about how development can be improved?

I think development can be improved by looking in each context at what people actually want. Are we delivering what people want, rather than what we think an ideal world looks like? I think there’s more room for nuance in terms of what development should look like, and how we fit into that spectrum. Like, how am I useful for people in Papua New Guinea? Maybe I’m only helpful because I have a skill that they want. I don’t need to say “Your agricultural system should look like this” or “Your political system should look like this.” I can be involved in a very different way, rather than saying, “I’m an expert in agriculture and I think you should do this.” I can be, essentially, a tool for achieving an outcome that somebody else wants.

Also, I think there’s a lot of duplication of effort. There’s a million people doing so many things, so it’s very, very hard to keep track of what’s happening. It’s overwhelming to me. I can’t imagine how a person who is receiving information from a development program organizes that in their head, if I’m spending hours also trying to organize it in my head. I don’t have an answer for how development can be more harmonized, but I am constantly floored by all of the different things that are happening, and I suspect often times they’re probably contradicting each other in some not so helpful ways.

I think my big takeaway from these two years is that there are so many opportunities for people to learn from one another. I learned a lot from the [Leland] cohort, and I learned a lot from my specific work. I really appreciate this situation in which we’re able to be honest about what works and what doesn’t. This cohort creates a safe space for that, but I think there’s a lot more work to be done in development to create an environment where we’re really, really honest with each other about what we’re all doing, how we’re incentivized, how we can be the most useful. It’s a really difficult thing to do, and it requires so much intentional work to make this a space where you’re not all competing with one another, but instead working together towards a common goal. I think that’s the most important thing that we need to do: to create spaces where people are honest and sharing and improving themselves and the organizations that they work for, so, we’re actually focused on the broader goal instead of smaller incentives. That’s super hard to do in an individual sense, I think, but when people are bonded together and holding one another accountable, that is really, really helpful.

This interview is part of a blog series with Modernizing Foreign Assistance Network (MFAN), a reform coalition of international development and foreign policy practitioners, policy advocates and experts, concerned citizens, and private sector organizations, created to build upon the bipartisan consensus that the U.S. should play a leadership role in achieving economic growth and reducing poverty and suffering around the world, and that we can play this role more effectively, efficiently, and transparently.