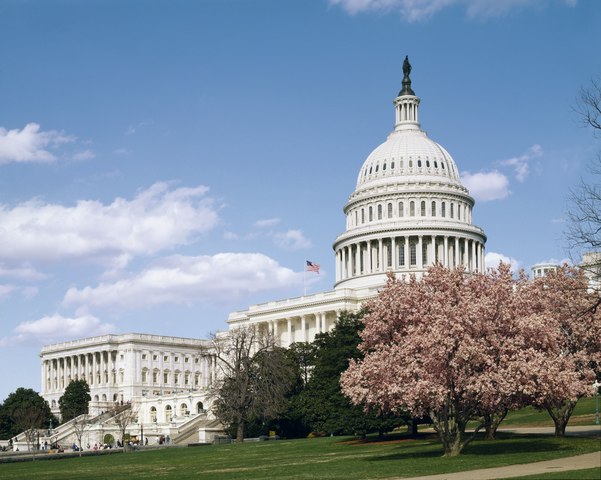 When the current class of Mickey Leland International Hunger Fellows returned to Washington, D.C. for their mid-fellowship training this past September, all but one of them were preparing to work on policy issues during the second half of their two-year tenure. One fellow, however, had just completed her policy placement, and was getting ready to start a year of work in the field.

Oxfam America is an affiliate of Oxfam, a global organization working to end the injustice of poverty, with a focus on disaster response and resilience, public education, and advocacy for anti-poverty policies. Faye Duan completed her policy year working with Oxfam America in Washington and has recently departed for a her field placement in Senegal. Read on to hear what she’s learned at Oxfam about advocacy for international development.

“Advocacy requires its own set of skills and knowledge, which my placement allowed me to build.”

The political heart of one of the wealthiest and most powerful nations in the world feels elite and intimidating, but it is a critical place to mobilize the large-scale effort necessary to combat global hunger. Amongst colleagues focusing on climate change and land rights in the Food Systems Team at Oxfam America, my focus on international agriculture and food security rounds out a host of intersecting issues threatening our systems for producing and distributing food.

Unlike many other international aid and development organizations, Oxfam does not accept U.S. government funding. This uniquely positions one of the most interesting parts of my policy placement: to advocate for the improvement of U.S. government policies and programs aimed at alleviating hunger and poverty in the world.

Of the millions of hungry people around the world, half are food producers themselves. Many of these farmers depend on less than one hectare of land to grow food on. Some don’t even have land, but are tenant farmers and wage laborers. Among those, certain groups of people (such as women and youth, as my fellow fellow aptly explains) are especially marginalized and face additional barriers to success. In consideration of this, I support policies that push U.S. government programs to go beyond standard solutions of helping farmers increase yield and enter formal value chains—access to credit, social safety net programs, secure tenure of land and water, environmental sustainability, and the capacity of local institutions to respond to local needs are all elements that deserve elevated attention if progress against poverty and hunger is to be achieved and sustained.

I’m motivated by the fact that my role takes me beyond research and analysis on what policy should be, to focus on directly pushing for change by sharing that research and analysis. Advocacy requires its own set of skills and knowledge, which my placement allowed me to build. The biggest challenge about policy is…well, politics.

Take for example, the approximately $2 billion the United States spends each year to provide food assistance for hungry families around the world. While Americans can be proud that this contribution makes us the largest donor of food assistance globally, they would be disappointed to realize that every tax dollar spent on U.S. food aid actually yields only 35-40 cents in food for those in need. The rest are wasted on inefficiencies resulting from politics and driven by special interests.

I join many before me who have been advocating food aid policy reforms for several years. Even while universities and government agencies have presented plentiful supporting evidence, change moves like a one-legged snail.

That’s one lesson I’ve learned: advocacy takes strategy, nimbleness, and enormous tenacity. Even offices friendly to food security need consistent information, education, and support from advocates, since they have so many issues demanding their attention.

Advocacy is not just speaking out, building movements, and organizing communities to participate in the policy process. Such actions could have insufficient impact if the timing and conditions are not right. In addition, it takes a huge amount of time and resources to educate and organize people en masse, which is why much of my work was targeted directly towards educating key actors in Congress.

While I have not participated in any lobbying activities, I have had the chance to advocate, as well as observe and learn from colleague’s legislative work. A small team of colleagues monitor the daily schedules and affairs of government, and a coalition of ally NGOs share their intel from recent member office meetings—it takes a lot to track the political landscape, but it’s important to stay aware of opportune moments to leverage action. Colleagues are also dedicated to managing relationships with congressional offices and key staffers, as well as people of influence whose voices would more likely be heeded in the media.

Clearly, it is only by being a part of a large, relatively well-resourced and recognized organization that I am enabled to do the work I do. In a short year, all I’ll claim is that I’ve helped carry some of the stones of the mountain that must be moved for significant impact, and that I’ll continue to persevere.