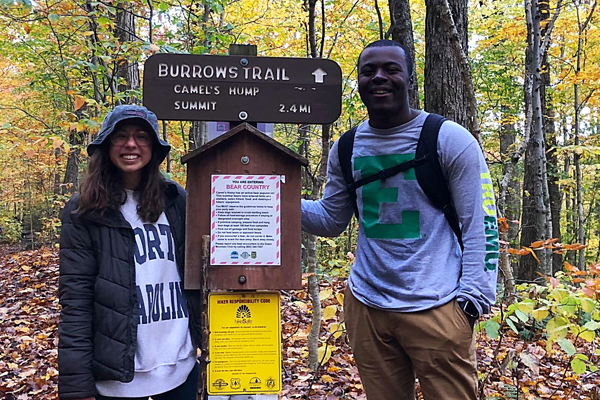 Kingston is a small, historic New England village in southern Rhode Island, as well as the site of the main campus of the University of Rhode Island. It’s also the home of the URI Feinstein Center for a Hunger Free America, which promotes education, research, and outreach on the causes and the consequences of hunger and the study of policies and programs aimed at alleviating hunger in Rhode Island and around the country.  This fall two Emerson Hunger Fellows, Pierre Collins and Katie Starr, began their placement at the Feinstein Center, becoming the first two Emerson Hunger Fellows to work in the the Ocean State. Read on to see what work Pierre and Katie are doing to determine the scope of the problem of student hunger on URI’s campus, and to increase participation of people from minority racial and ethnic groups in state food policy meetings. 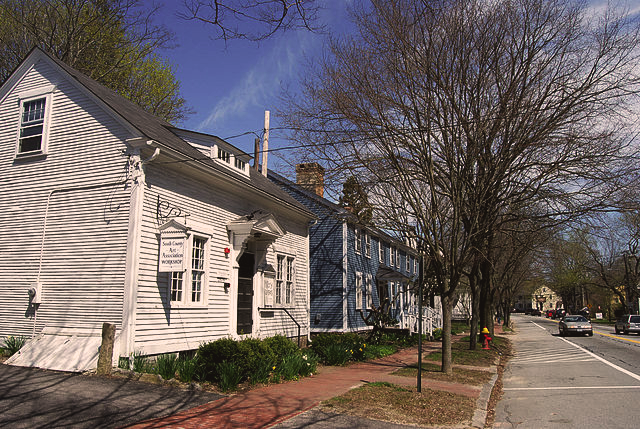 For my field assignment I have been placed in Kingston, a charming village located on the southern end of the state of Rhode Island. I’m proud to say this small town in the country’s smallest state was home to some of my biggest firsts. While here, I’ve learned how to chop wood, what clams taste like, and how to take care of chickens when your neighbors are away. Kingston is also home to the University of Rhode Island (URI), and the URI Feinstein Center for a Hunger Free America.

College students typically have limited or no access to some important social safety programs. Most college students don’t qualify for SNAP benefits, or many other programs. The good news, however, is that there has been a huge trend in research and advocacy all over the country about college students and their needs, including food insecurity.

The USDA defines food insecurity as a lack of consistent access to enough food for an active and healthy lifestyle. National data suggest that at least one-third of all college students are experiencing food insecurity some level. At URI, students face a limited public transportation system, few options for grocery stores, and on-campus dining halls with hours that don’t always suit the needs of the students. All these factors combine to put URI students at greater risk for food insecurity. 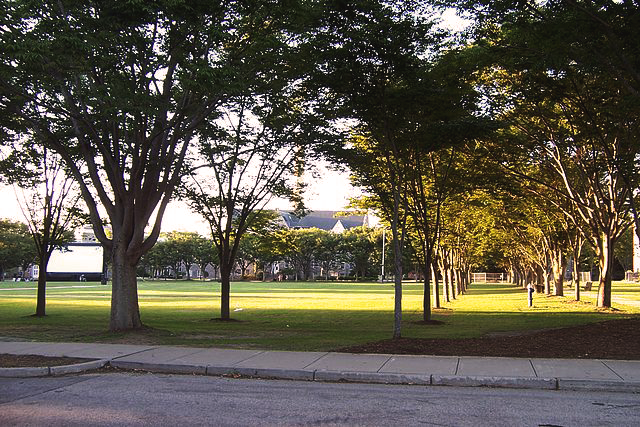 The University of Rhode Island Campus

The first step in addressing this issue is collecting an accurate measurement of those affected. Once good data exist on what the affected population looks like an appropriate response can be developed and preventive plans can be created. This is why my project is focused on developing and launching a way to gather that data: a Food Security Survey for URI Students.

While a survey of food security was done at URI in the spring of 2018, it yielded little useful data and didn’t reach enough students. My project is to analyze the previous survey’s data and to find out why it didn’t work. Once the analysis is completed, I will be developing an improved survey and creating and implementing a comprehensive launching plan. Once this survey is administered and completed, I will analyze the data and create a report for dissemination. This should provide URI and the Hunger Center with an accurate picture of what their food insecure population looks like.

Collaboration is key to the success of this project. I have been working closely with my supervisor and other stakeholders to develop a better survey. Throughout the fall, I will be working closely with more than a dozen on-campus stakeholders. These stakeholders will play a huge role in launching the survey to students across URI’s primary campus, as well as its campuses elsewhere in the state. Collaborating with students is also big part of my project. I have been working with students enrolled in a public relations course with a special curriculum, developed through a collaboration with the Feinstein Center and professor Regina Bell, to help launch the survey. They provide excellent feedback on engaging the student base. This is also key, because without the students engaged, the project wouldn’t get far.

Some students at URI have even developed a Food Pantry for their fellow students. This was a significant step in creating awareness in the community about hunger and food insecurity. However, with very limited hours and options, this food pantry and others like it only offer a temporary fix for the much larger issue. This is why my project is so important: once completed, the data generated will become a foundation for creating long-standing solutions. I hope that by the time I leave URI the results of my project will accurately inform URI’s administration of the level of food insecurity within their student population. I further hope that once I leave they will work with the URI Feinstein Hunger Center to create that enduring solution.

Katie Starr and Pierre Collins on a hike in New England, fall 2018

My mornings in Kingston, Rhode Island begin with the sound of the neighbor’s rooster letting out its cock-a-doodle-doo and seeing the six other chickens trickle into the yard. Prior to arriving here, I knew very little about Rhode Island and definitely did not expect having this “natural” alarm clock. In addition to enjoying this new daily occurrence, exploring the New England area with Pierre and working on the University of Rhode Island’s campus are a few of the many other highlights since moving to this new community.

I have been placed at the Feinstein Center for a Hunger Free America, which is a located on URI’s campus and does advocacy, educational, and community engagement work around hunger and food insecurity. Additionally, the Feinstein Center is in charge of conducting Rhode Island’s SNAP Outreach program, which includes going into the community to pre-screen applicants and assisting individuals in filling out SNAP applications. The Feinstein Center has been such a special place to work, because it has provided opportunities like being involved with statewide SNAP Advisory Committee meetings and attending SNAP Outreach trainings. In addition to these additional educational opportunities, I also have been so lucky to be mentored by the center’s director, Dr. Kathleen Korman, who is incredibly well-respected as Rhode Island’s expert in hunger and poverty. Whether it is discussing the details of my work plan or simply talking about must-do activities in Rhode Island, I look forward to and learn a great deal from each of our conversations.

It is a unique experience to be in this small yet mighty state, because it has allowed me to quickly see the various avenues of conversation around the food system, hunger, and food security. These avenues include the Rhode Island Food Policy Council and the Hunger Elimination Task Force. The state has hired its first (and the nation’s first) Director of Food Strategy, who has developed the first statewide food plan (called Relish Rhody), which includes plans to address food insecurity. Despite definitely having momentum around these topics, the Feinstein Center in conjunction with the Rhode Island Food Policy Council has identified a lack of diversity when it comes to the membership of councils and committees focusing on these issues.

My project, then, is to build a broader engagement of underrepresented groups into the councils and committees and to understand their interest and needs when it comes to food justice. I have been actively learning about the social landscape of Rhode Island, all sectors of the state’s food system, and the racial and ethnic groups within the state. This has included attending meetings, talks, and community events, and having one-on-one conversations with thought leaders in this field. These conversations have allowed me to see that building trust is integral for setting the foundation of developing relationships, and that having intentionality in outreach allows for better engagement and productivity when meeting with others.

My hopes are that these conversations and the relationships I am forming will culminate in larger community listening sessions to identify food justice-related issues specific to the underrepresented communities. As I have started on this project, I constantly think of the slogan “nothing about us without us is for us.” This quote highlights the need for those who are affected by issues to be integral parts of the conversations aimed at coming up with solutions, and so, I look forward to understanding effective community engagement in this context. It is early in the process, but I am eager for everything that is to come, and to continuously deepen my understanding of racial equity within the food system.