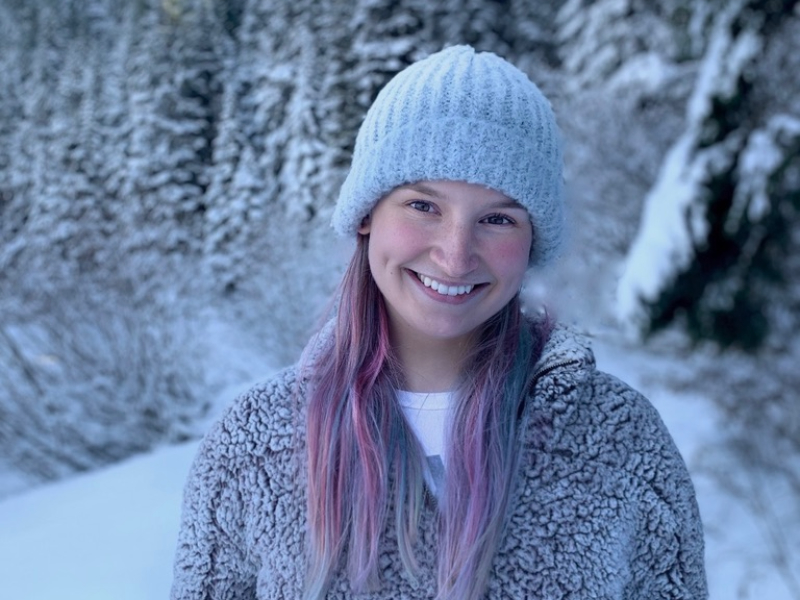 On December 9, I found myself on apple duty: open bag, fill with 15 apples, tie it off. The methodical simplicity of this task was comforting. Months of remote work had left me thrilled to complete any task with my hands beyond typing. Although I began my field placement at the Oregon Child Development Coalition (OCDC) in early September, I woke up on December 9 with a “first day” feeling. This day marked my first time going on-site, and on a special day no less. I would be assisting with the weekly food distribution at OCDC’s Linden office in Cornelius, Oregon, about thirty minutes west of Portland.

This Wednesday, like every other since June 2020, Joe Johnson, the Food Service Supervisor at OCDC Washington County, received an invoice from the Oregon Food Bank and got a sneak peek of the items that would arrive later in the day. Between 12 and 1:30 p.m., a truck arrived with almost 4,000 pounds of goods. On December 9, some highlights included 476 pounds of soup, 200 pounds of cheese, 111 pounds of bread, 1,740 pounds of produce, 214 pounds of frozen noodles, 459 pounds of shelf-stable milk, and 221 pounds of peanut butter. Suddenly, the Linden parking lot looked more like a mini-Costco. By 2 p.m., staff and volunteers had transformed the pallets and cases of produce and packaged goods into 103 bags. For the next three hours, OCDC families drove through the lot to pick up food – and perhaps fit in a quick socially distant conversation.

The Linden food distribution is only one example of the work OCDC does to support children and families across the state of Oregon. OCDC grew out of statewide collaborative efforts to protect the children of migrant agricultural workers following the death of a young child in a farm accident in 1971. Today, OCDC provides early childhood care and educational opportunities in 12 Oregon counties. Programs like Migrant and Seasonal Head Start, Oregon Pre-Kindergarten, and Preschool Promise serve over 4,000 children each year. Although most OCDC programs focus on childcare and education, the organization recognizes that children cannot learn if their basic needs have not been met. As a result, OCDC builds strong relationships with families to ensure that they are connected to necessary social services. Addressing hunger is a priority. 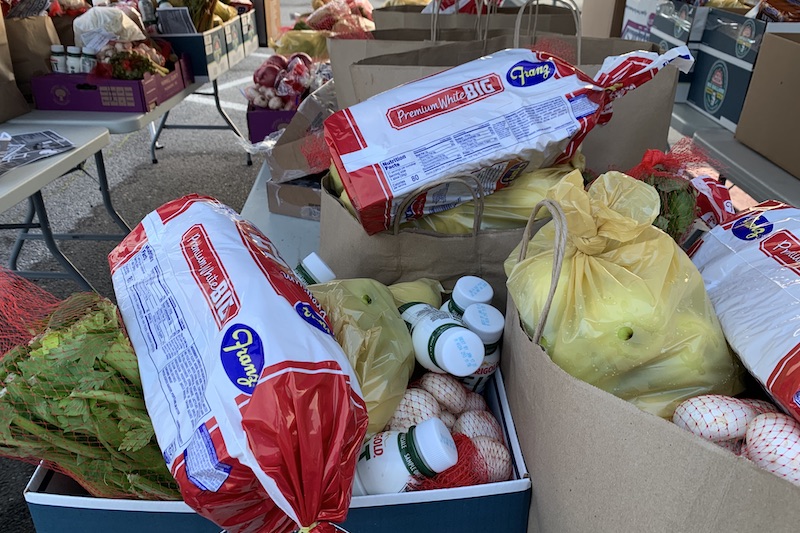 Although my field placement at OCDC has allowed me to coordinate with staff across the organization, I have worked most closely with OCDC Washington County, which includes the Linden site. Located between Portland and the Oregon Coast, Washington County has experienced significant population growth; from 1970 to 2010, the county’s population more than tripled, growing at a rate more than four times higher than the rest of the country and three times the rate of the state of Oregon1.

Further, these 2018 statistics do not account for the severe consequences of the COVID-19 pandemic. Revised projections from October 2020 show that food insecurity has increased by more than 35% across the state of Oregon, and Washington County contains the second highest number of food insecure individuals4. Video calls are effective for many things, but food distribution is not one of them. OCDC had to pivot their operations quickly.

Efforts to meet this increased demand began when OCDC formed a partnership with Centro Cultural, a local community center for immigrant and Latino families. Centro Cultural had already begun distributing food to migrant housing camps in Washington County, but they required more operational support. OCDC mobilized their staff to fill this need, allowing the organizations to reach over 200 families each week.

Leveraging this successful partnership, OCDC began working with the Oregon Food Bank (OFB) to develop an on-site food distribution program. OFB conducted a virtual inspection through Zoom to ensure the Linden site had appropriate storage, sorting, and distribution capacity. In June 2020, weekly food distribution began serving over 100 families, or approximately 500 individuals. Although the distribution occurs at the Linden site, families enrolled in any OCDC Washington County program can participate, along with those engaged with Adelante Mujeres, an OCDC partner organization. The food distribution was initially slated to end in December, but its success led to an ongoing contract with OFB. Additionally, a $6,000 grant allows OCDC to provide culturally relevant foods that families request, such as meats, rice, flour, and beans.

It was the ongoing tragedy of the COVID-19 pandemic that made Linden’s onsite food distribution possible. For the past six years, OCDC has been keenly aware of the food security challenges facing the families they serve. They also recognized the barriers to addressing hunger in migrant communities, such as limited transportation access, establishments with unaffordable options, and the potential stigma associated with utilizing food pantries. If food distribution occurred at an OCDC site, families could come to a familiar location, interact with staff members they already know, and avoid the paperwork that comes with applying for social services. Yet staff turnover at OFB and funding remained obstacles to implementing such a program. It was the pandemic that provided the opportunity to collaborate with Centro Cultural and acquire funding through the CARES Act. The oft-quoted “never let a crisis go to waste” rings true in this situation, as OCDC hopes to maintain this resource for years to come. 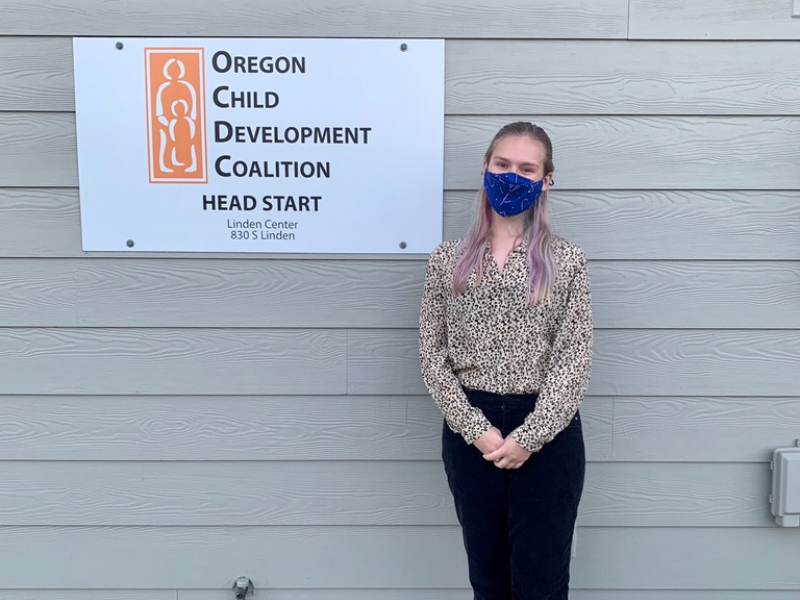 My field placement at OCDC has introduced me to many facets of nonprofit operations and social service administration, albeit virtually. I have compiled community resources, contributed to grant applications, and considered improvements to the food security training process, all from a little bedroom in Portland. But nothing compared to my time at Linden. I experienced the small joys of in-person work once taken for granted. No technical issues interrupted my conversations with co-workers. As I walked down the hallway, I stopped to examine photos of the children in Linden’s current Head Start class, their proud smiles pinned next to the latest art project.

So much of my work thus far had been forward-thinking: What can WIC enrollment data tell us about access to resources in Washington County? How can I design a survey that will accurately pinpoint where staff need additional coaching and support? On December 9, I was forced to operate in the present: no strategic planning necessary. A truck brought us 4,000 pounds of food, we divided and packed it up, and families had a fuller fridge that week. The weekly food distribution will not solve the structural factors that keep migrant agricultural workers in poverty, and my role in examining the food security screening process will not eliminate hunger in Washington County by COB Friday. Only a combination of long-term advocacy and direct services will create meaningful progress. To have experienced both aspects of this work at OCDC was a privilege.