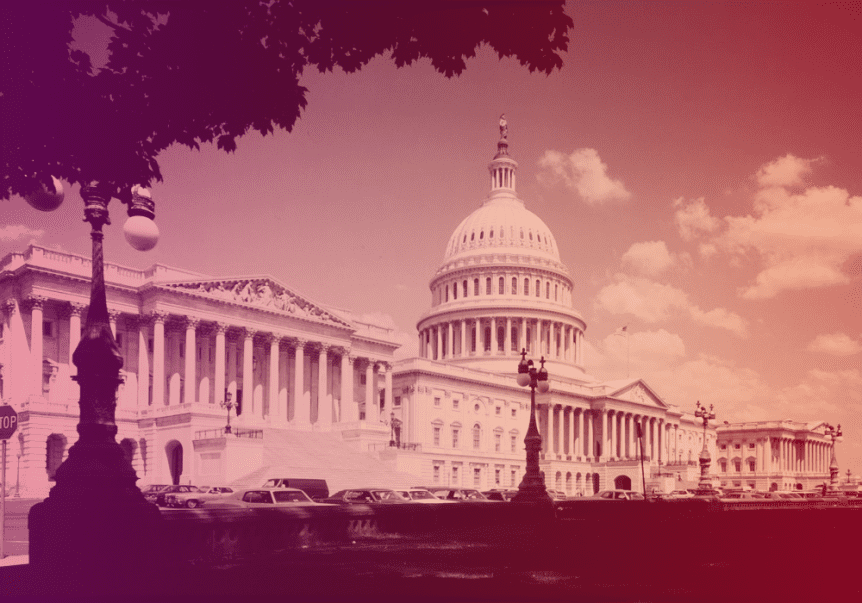 After gathering in Washington for their first training last fall, the 23rd class of Emerson National Hunger Fellows dispersed across the country for their field placements. Two fellows didn’t have far to go: Joanna Williams and Kyle Machicado worked with Dreaming Out Loud (DOL), a non-profit organization serving marginalized communities within the District of Columbia. Read on for the fellows’ findings on urban agriculture, micro-entrepreneurship, and the state of hunger in our nation’s Capital.

When I found out I had been placed in D.C. for the field site portion of my fellowship, I was beyond excited. It would be my first time living on the East Coast and my first time being in a major city. What I would also learn is that this city is rich in community activism and people pushing to make their communities stronger for their families and neighbors—and they aren’t taking any days off in their efforts.

I was placed with Dreaming Out Loud, a local, grassroots organization that is working to rebuild community-based food systems and grow economic stability for many of the District’s most marginalized individuals. They are working to achieve this goal with farmers markets, micro-enterprise, and urban agriculture. During my time there, I worked on a number of urban agriculture initiatives, particularly on an organic urban garden in Southwest D.C. and a new urban farm behind Kelly Miller Middle School in Ward 7. My work took me across the city and back on a weekly basis, seeing other urban gardens and farms, meeting local growers of color, attending community meetings and assisting in helping to keep DOL’s garden running.

Before starting my time at Dreaming Out Loud, I never thought of urban agriculture as a “real” tool to fight and end hunger. Sure, I thought, growing your own food is great, but aren’t there other, faster ways of meeting people’s needs? Don’t we need more immediate methods? Looking back at my mindset then and now is one way I can measure how much I’ve developed during my time as an Emerson fellow. Thinking of urban agriculture as starting and stopping with growing food is the easy narrative to follow, but not the correct one. Through my time talking to community members and volunteers during field placement I was able to learn that growing food is one way to put power back into the hands of people. When you’re looking at lack of food access East of the Anacostia River and the ways that it manifests in communities, traditional methods aren’t always the best methods. In many instances, it may compound the problems that already exist.

In D.C.’s Wards 7 and 8 there are a total of three full-service grocery stores. Many may think to “fix” this issue the answer is to add more grocery stores to these mostly Black, predominantly low-income neighborhoods.

Advocates must dig deeper and get to the roots of the issue, which is ultimately economic disenfranchisement. Those living in food deserts are underemployed, forgotten by their city’s governments and given fewer resources to survive than other, wealthier (and many times whiter) neighborhoods here in the District. To battle these injustices we must first recognize that marginalized community members already have inherent power to change their circumstances—what we must do is work to remove the mindsets and systems that keep them from exercising it.

So yes, growing your own food is a way to attain food, but it goes so much deeper than that. When people grow their own food, they own their food, they control how it is grown, they decide what they want to eat, and they most likely will share their grown food with others who may be in need. These are liberating acts, and they can become the building blocks for something much more.

One of the projects I am most proud of is the storytelling project. It not only gave me the opportunity to talk and learn from community members but it also gave them a platform to share their stories, their struggles and their successes. Talking to people like Boe, Ms. Mary, Shanice, and Wallace gave me context and allowed for me to see people East of the River aren’t waiting for anyone to come save them: they are fighting, and they know what they need to win.

I’m now moving on to the policy site portion of my fellowship, a site that will take me away from East of the River and to the area most people think of when they hear the words “Washington, D.C.” Although I won’t be as close as I was before, I’m still holding the experiences I had during my field site close to me, and will still go back to where I got my first introduction to the real D.C., and learned many lessons along the way.

Sitting at my desk at the Center for Community Change, I finally have the time and distance needed to reflect on five months of working for Dreaming Out Loud, a D.C.-based non-profit focusing on food access in the city. Based out of D.C.’s Ward 8, DOL worked for food access through a number of venues. In addition to operating farmer’s markets in areas with little access to fresh, affordable, and healthy food, DOL was working toward the creation of an urban farm in one of DC’s many food deserts. With a seat on the DC Food Policy Council, DOL’s founder Chris Bradshaw also had a hand in advocating for DC’s lower-income population from a city legislation level.

My time at Dreaming Out Loud was somewhat of a homecoming for me. Coming from a family of undocumented Bolivian immigrants, I grew up moving around the D.C. area before leaving to California for school. While most of my time when I was younger was spent outside of the city limits (the extent of my time in D.C. proper tended to be the occasional weekend visit, in addition to the days and nights spent cleaning houses and restaurants alongside my immigrant family), returning to the East Coast was a welcome reprieve as my four years in the drought-ridden Bay Area had left me longing to re-experience true seasons and desperate to escape the Palo Alto tech culture.

I came onto the DOL team with two established projects. The first was to develop evaluation metrics for the farmer’s markets to measure their impact on food access. The second, to lay the framework for a micro-entrepreneurship program that DOL planned to put into effect the following year. The market project proceeded rather predictably—the accumulated knowledge from numerous days at the markets and a number of meetings with other market managers resulted in the creation of a set of criteria optimized for DOL’s goals, and a streamlined method for recording these under a Balanced Scorecard framework.

The micro-enterprise program was more complicated. While the original plan was to have a program operational for the next year, it quickly became apparent that this was not feasible with our organizational resources. Instead, I began to look for ways we could support food-based micro-entrepreneurship with what limited resources we did have. The answer came in the form of cottage food.

Cottage food is defined by the D.C. Department of Health as a “non-potentially hazardous food” made in a residential kitchen. More simply, cottage food is food that doesn’t require temperature control for safety that can be made at home for sale at farmer’s markets and special events. Cottage food is a relatively new thing in D.C.—first introduced into D.C. law by the Cottage Food Amendment Act of 2014 (in part due to Chris Bradshaw’s advocacy), the DoH finally released its proposed regulations in late 2016. Cottage food’s impending legality and low barriers to entry meant that it was the area in which DOL’s micro-enterprise ambitions could be best realized.

The takeaway: cottage food is a stepping stone for the creation of a more established small business. Revenue and product limits prevent it from serving as a primary source of income, but it can serve low income residents well as an interactive classroom and/or a source of supplementary income.

With this knowledge, my final deliverable for DOL took form. I created a 32-page cottage food entrepreneurship guide walking potential entrepreneurs through everything needed to plan and start a cottage food business. Available in both English and Spanish, my hope was that this stand-alone guide would fill the same gaps that the proposed micro-entrepreneurship program looked to fill.

Overall, my time with Dreaming Out Loud was time spent rediscovering this city. It gave me a chance to meet with people and organizations from every ward. I spent more time on the metro than I’d like to admit, and realized that mumbo sauce is massively over-hyped. As I settle back into life in the D.C. area, my experience at DOL was as good as any to start it off.