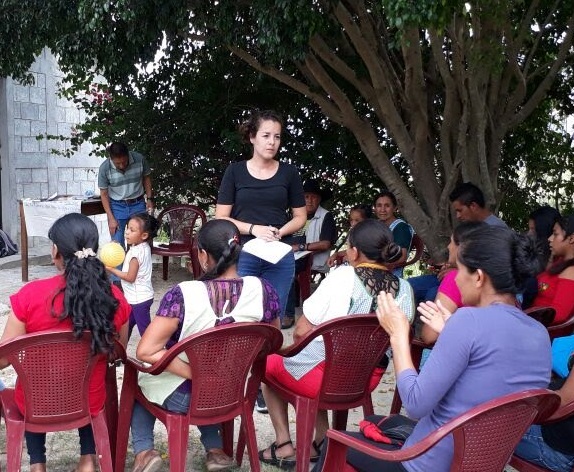 Two-thirds of the population of Guatemala, or nearly 11 million people, live on less than $2.00 US per day, and the nation experiences the highest rate of childhood stunting in Latin America. Facing such a marked lack of economic opportunity, as well as natural disasters and political upheaval, many Guatemalans have emigrated from the country, creating a challenge for local agriculture: how to raise a new generation of farmers from among the people who remain behind?

Founded in 1979, Mercy Corps is a non-governmental humanitarian organization that works to address needs in communities facing environmental, political, or social crises around the world. Leland Hunger Fellow Tina Pruna has been working at Mercy Corps’ office in Guatemala City since fall 2017. Read on to hear how the project she’s been working on provides pathways for Guatemalan youth to remain in their home country and pursue livelihoods in agriculture, as well as her observations on the toll of mass emigration on a nation facing serious challenges. 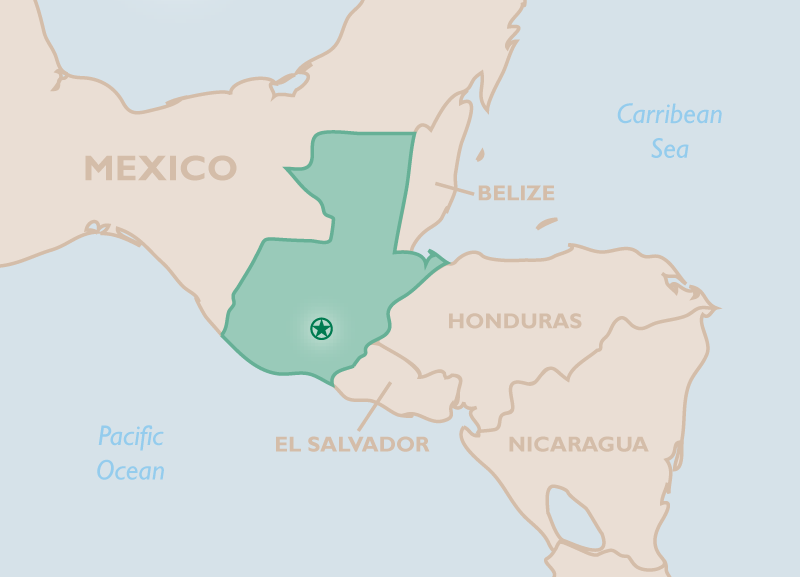 “If women in rural areas had the same access to land and markets as men, agricultural production could be increased, and the number of hungry people reduced.”

Known as the heart of the Mayan world and home to 37 volcanoes and 23 recognized languages, Guatemala is a country rich with natural resources, history, and diversity. Despite these riches, Guatemalan agriculture faces many challenges, from land ownership, climate change, and poverty, to name a few. My field placement year has been spent tackling the subject of food security from the perspective of livelihoods, specifically how women and young farmers can help shape the future of agriculture in Guatemala. With this challenge, I set out to Central America. Having previously worked with youth in mentorship and college pipeline programs, this seemed like a good fit. Never mind that my personal and professional experience with agriculture was limited to the potted basil plant perched on the windowsill of my sunny California apartment; my background in international public health and previous time working in Latin America was just going to have to lead the way. 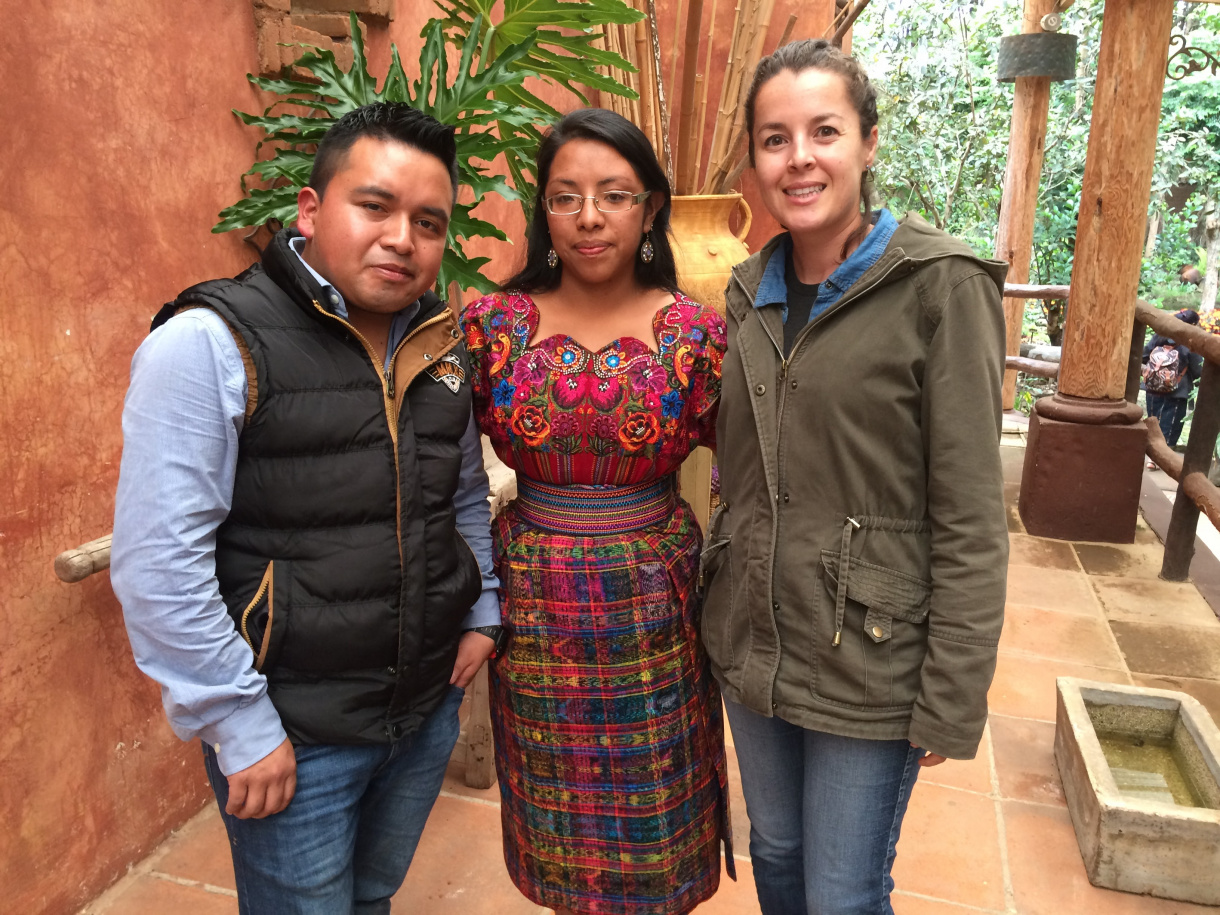 So, what do women and youth have to do with food security and agriculture production? For starters, if women in rural areas had the same access to land, technology, financial services, education, and markets as men, agricultural production could be increased, and the number of hungry people reduced by 100 to 150 million1. Another factor hindering agricultural production is migration. Guatemalans have a history of emigrating legally and illegally to their neighboring northern countries due to natural disasters, political instability, civil war, and lack of economic opportunity at home.  This affects the whole community here—from women who take responsibility for the land after their husbands emigrate to the generation of youth who are leaving their homes behind.

“We’re taking advantage of youth’s near universal propensity for technology.”

My task has been studying the role that these two often overlooked groups play within agriculture. By designing and implementing a project evaluation for our youth in agricultural project and with focus groups and surveys from youth and women all over the country I have been exploring research questions like: Do girls within the group have the same voice and opportunities for involvement? What agricultural tasks are women excluded from because they are considered “men’s work?” What opportunities exist within the value chains within each region? And most pressingly, are our program youth still considering emigrating?

Tina conducting a focus group in the department of El Quiché, Guatemala.

Our project is trying to draw more youth to agriculture by connecting them to farming associations and export companies, starting savings and loans groups, and teaching them new practices that result in better crop production. Our project took the idea of agricultural innovation the social media route, using smart phones to record and edit videos on agricultural practices. We’re taking advantage of youth’s near universal propensity for technology and the fact that even in Guatemala, even the poorest youth have a phone. Much like U.S. teens of 10 years ago, youth here spend way too much time on Facebook. This closing of the technological gap is not unique to Guatemala. Worldwide, people in poverty are now more likely to have access to mobile phones than to toilets or clean water2.

While youth have been learning about good agricultural practices, I’ve learned a lot about agriculture, and surprisingly, migration. But mainly, I’ve learned about the struggles of these young people. For them, migration is temporary; a way to advance enough economically to return home and buy their own plot of land or build a home. It’s never a decision made lightly, but one born out of economic desperation. Everyone knows someone who has tried to migrate. They are fully aware of the risks. One focus group mentioned that five youth from their town had tried to cross the border the month prior, but only one succeeded. All were aware of the tragedy that befalls so many, most recently a 19-year old in a neighboring department. When news like this hits, it’s deeply personal.

But for every heartbreaking story coming from the border, there are many more untold stories of youth and women finding new opportunities in their own community. I have witnessed the tenacity of these youth and the leadership that they already show. During my first field visit I met with a youth group in their sugar-snap pea demo plot. They eagerly started planting this new crop. Due to a miscalculation, they didn’t have enough seed to cover their plot of land. Most other people wouldn’t have minded waiting a day or two to find more seed, or would have opted to leave the last two rows on their field unsown. But these youth aren’t most people. This is the group that welcomed me with meal of chicken tamales and piping hot cup of corn atol, complete with a stool and small table covered in a handwoven tablecloth, all carried by from their homes into the middle of the field-all under very short notice. Instead of accepting their mistake, they hustled to buy more seed, treat the seed, let it properly dry and sow it before the day’s end, all to ensure that their sugar snap peas would grow uniformly.

“Without data, these realities are taken for granted or forgotten after a project ends.”

It’s been rewarding to hear the stories of youth who, by adapting to new farming methods, can see a future for themselves in agriculture, though not quite the same future as their parents. Stories like Angelica who made a profit on her potato crops after she switched to biological products—a practice learned through the projects demo plots. Or like Samuel, who in addition to becoming a respected leader in his group, secured a job as an agricultural technician with a with a local farming association. But the benefits go beyond agriculture. Many girls reported that gender equity, leadership, and making a life plan workshops were the most valuable to them. Another youth was inspired to continue her education after workshops on the importance of education and recently completed here first semester at university. 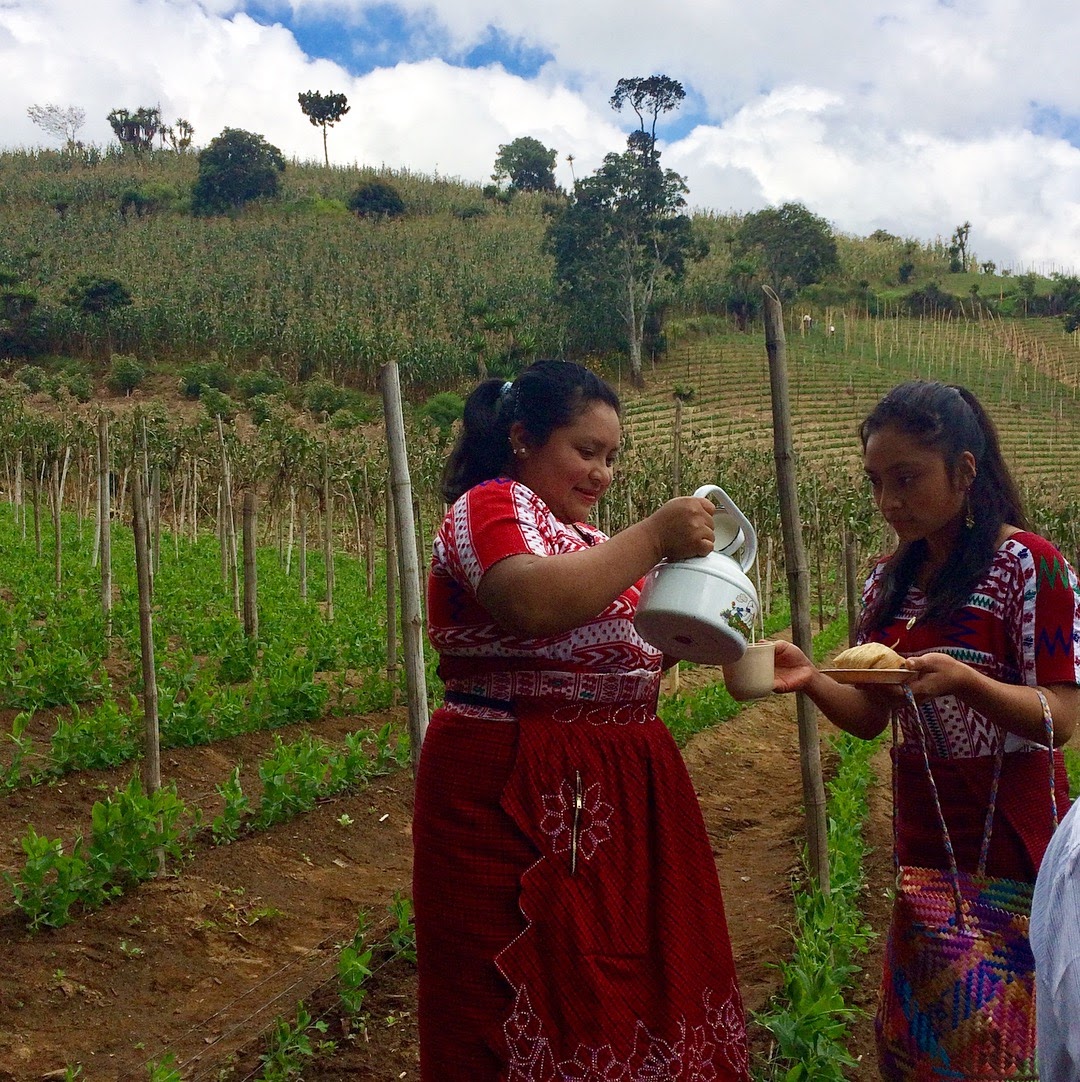 My hope is that the results of these evaluations will help future projects tailor their interventions with the knowledge of which precise age groups have more frequent thoughts of migration, or that land ownership is directly related to intention to continue in agriculture, or that women are more likely to try new agricultural tasks if they have the support of other women. While some of these findings might seem obvious, without data, these realities are taken for granted or forgotten after a project ends. But even if they are, I rest assured knowing that youth participants won’t forget, and are armed with the tools to continue shaping the future of agriculture.