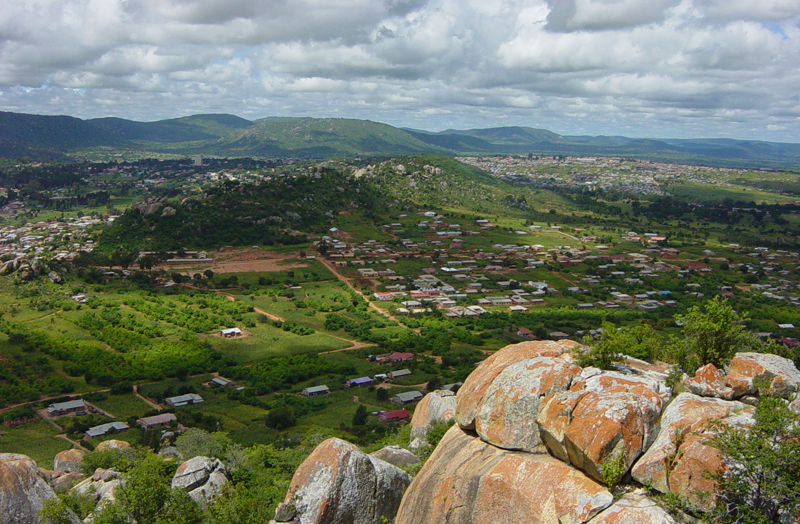 Tanzania is a nation of farmers—agriculture employs 75 percent of the labor force and makes up 31 percent of the gross domestic product. Despite its abundance of farmers, many of Tanzania’s 50 million inhabitants struggle to find enough to eat: chronic undernutrition is the greatest contributor to mortality of children under five. Returning Leland partner organization ACDI/VOCA is working in Tanzania to help farmers improve their yields and create markets for their harvest. Leland International Hunger Fellow Dan Robinson has been working with ACDI/VOCA on the NAFAKA II project since October—read on for his thoughts on his work and what he’s learning during his placement in this Field Site Spotlight.

Work on the NAFAKA Project

I am currently working with ACDI/VOCA on the USAID Tanzania NAFAKA Cereals Market System Development Project. The NAFAKA project, based in Iringa, Tanzania, focuses on increasing the incomes of smallholder farmers of maize and rice, improving nutritional outcomes, and ensuring market access for vulnerable groups. To accomplish these goals, my team is working to connect farmers to improved inputs such as seeds and fertilizers, as well as to reliable markets for their crops. The NAFAKA team is also working with local maize millers to develop a market for fortified maize flour that will help to both increase the incomes of millers and to provide nutritional benefits to Tanzanian consumers.

As a Leland Fellow, I am working to measure the impact of the NAFAKA project and to find ways to improve the project’s ongoing activities based on data analysis and feedback from partners. During the next few months, my team will be running a field survey focused on measuring the extent to which demonstration plots showcasing improved seeds and fertilizers influence smallholder farmers’ decisions to invest in these improved inputs. We hope to find evidence indicating that demonstration plots run by NAFAKA and a research organization called Africa RISING effectively encourage farmers to modify their farming practices in ways that are likely to continue providing benefits after the conclusion of this project.

However, improving the quality of maize and rice will not necessarily result in increased profits for farmers if they aren’t able to access reliable markets. In this context, the NAFAKA project also includes activities designed to strengthen connections between farmer groups and other market stakeholders such as millers, processors, and traders.

One of these marketing activities links producer organizations to millers who process maize into fortified flour for sale to consumers. I have recently been working with NAFAKA’s head of behavior change communication (BCC) to design a strategy for increasing consumer awareness of the availability and benefits of this fortified maize flour. In addition, I have met with local millers to discuss ongoing market challenges, and the NAFAKA team has organized in-person trainings and radio advertisements on the nutritional benefits of fortified flour in order to reach as many local consumers as possible.

I hope that my work in Iringa will make a positive impact on the lives of local farmers and their families. By creating sustainable improvements to local market systems, the NAFAKA project will help to increase smallholder farmers’ income levels both in the present and after the project concludes. Moreover, the value added for the local community through NAFAKA activities is also connected to the benefits from other development projects operating in Tanzania such as the USAID Enabling Growth through Investment and Enterprise Program and the USAID Youth Economic Empowerment Activity. Through regular collaboration, ACDI/VOCA and other development organizations working in Tanzania are able to make a greater overall impact than the various organizations could achieve independently. 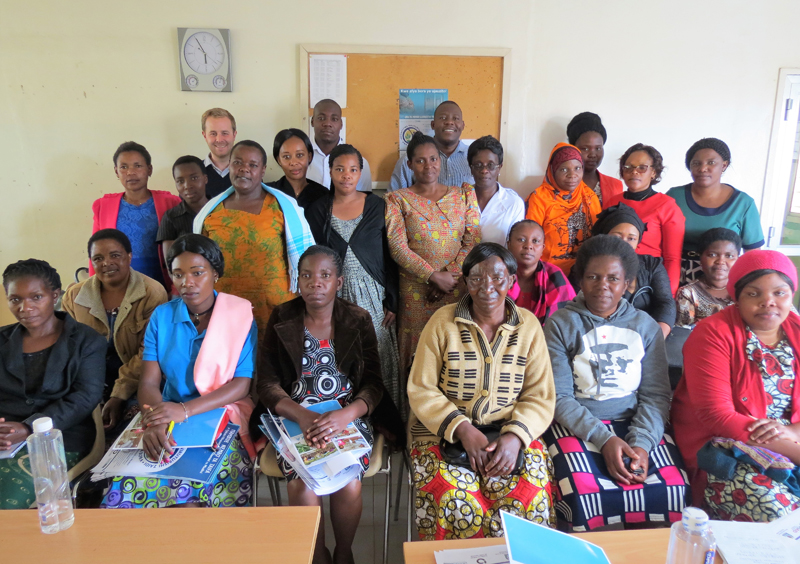 Dan Robinson (back row, left) attends a training for community health workers on the benefits of maize fortification in Iringa, Tanzania.

Working as a Leland Fellow has provided me an exciting opportunity to spend an extended period of time in a new culture. As part of my field placement with the NAFAKA project, I have now been living in Iringa, Tanzania for around three months. Overall, my transition to life in Iringa has gone very smoothly.

The main challenge that I have faced during my time in Iringa has been the need to learn a new language in order to most effectively interact with colleagues and project stakeholders. With the help of the Leland Program’s funding for fellows’ professional development, I have had a chance to work with a Swahili teacher for several hours each week during the last two months. I am happy to now be able to confidently communicate about a range of basic topics in Swahili. While I am still a long way from being fluent, I have enjoyed the process of learning a new language and have found that studying Swahili has added a lot to my experience working in Tanzania. I expect that my knowledge of Swahili will help me to make a greater impact both during my time in East Africa and throughout my career.

My time as a Leland Fellow is off to a great start, and I am looking forward to an educational and meaningful two years in the Leland Program. I am confident that my work on the NAFAKA project in Tanzania is making a significant impact and will ideally prepare me to positively influence development policy during my second year as a Leland Fellow and in the future.