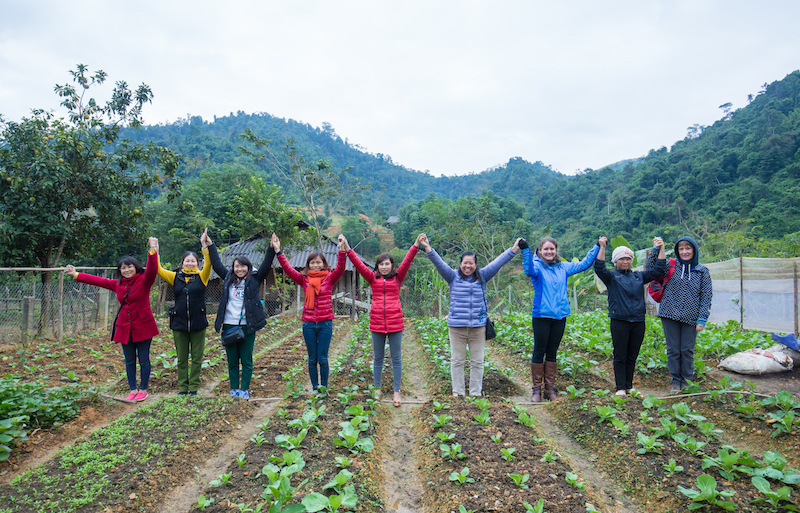 Vietnam, now considered a modern day success story, has experienced incredible economic growth over the last 30 years, lifting millions of people out of poverty and food insecurity. However, this level of prosperity has not always included all members of society. Economic development has been slow to improve living situations across ethnic minority lines and for those who live in rural areas, where people face challenges in accessing nutritious foods. 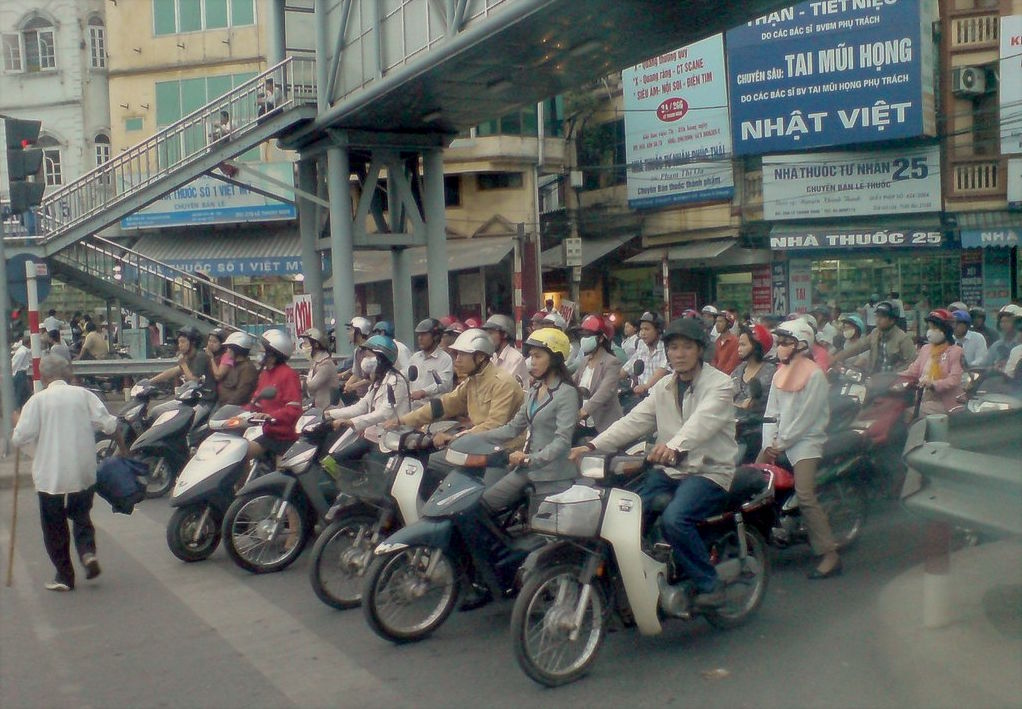 I moved to Hanoi six months ago, and my mom wanted to know everything: How is the office? What do you eat? Where are you living? What is life like there? And I tried to tell her, but describing life in a new country, describing new information of any sort, is hard. Take Hanoi traffic: it’s hard to describe how terrifying it is, because most people have never been in a city so dominated by mobs of motorcycles, where traffic is plentiful and fast, where pedestrians are never safe because motorcycles drive on the sidewalks and the wrong way down streets and through red lights when you are in the crosswalk. Or Vietnamese hospitality: it’s hard to describe how beautiful it is, because until a stranger has taken your hand and helped you cross a bustling intersection with no traffic lights because you are standing paralyzed at the crosswalk, or another stranger has given you food out of their lunch because you are sitting by them on a public bench, or a person you just met has driven you all over the city looking for a yoga mat, you cannot imagine how welcome you would feel in this small country that is not your own.

And it’s hard to describe the warmth of my office, the Vietnam branch of the NGO Helen Keller International (HKI), which has a mission “to save and improve the sight and lives of the world’s vulnerable,” but within the Vietnam country office seems equally committed to improving the lives of each team member by fostering an office environment that is warm and friendly and full of laughter. It’s hard to describe how I feel (as the only Westerner in my office) when my co-workers patiently teach me how to pluck juicy pieces of meat from a boiling pot at lunch, how to dip everything in fish sauce, how when we walk to lunch someone always links arms with me, how my country director invited me to go on vacation with her family over the important Lunar New Year holiday because she knows I am in this country alone.

An HKI team visits the home garden of one of the women participating in the enhanced homestead food production program in the chilly northern mountain provinces of Vietnam. Encouraging home gardening of a wide variety of vegetables is one of the ways this program seeks to increase maternal and child diet diversity. Image courtesy of Aubrey Bauck, 3rd from right.

And in a year where I’ve felt so included by my new Vietnamese teammates, perhaps it’s fitting that the topic of the research I am working on is “social inclusion.” If the research was all about how I have felt as a foreigner in this country, there would be little to work on. Unfortunately, however, we know from previous research that there are plenty of people in this country who do find themselves excluded in various ways, who find it hard to access nutritious foods for their families, or inputs that could make them more economically stable, or healthcare for their children. In Vietnam, these people tend to be ethnic minorities or from rural areas or poor (or all three), and my research this year is focused on identifying such factors so that HKI can use the information to make existing programming more inclusive.

To give just one example: there is lots of research showing that ethnic minorities have not benefited as much as the majority group from economic reforms which began about 30 years ago. Since the start of these reforms, poverty has declined substantially among the Kinh and Hoa ethnic majority, whereas ethnic minority groups now account for almost 50% of the country’s poverty even though they only make up 14% of the country’s total population. Most research on inequity, however, only differentiates between the Kinh/Hoa majority group and all other ethnic groups. My research is parsing out data on specific ethnic minority groups so that future program resources can be more targeted: are Hmong or Lao people more food insecure? Do Muong or Thai people have more diverse crops in their home gardens and is there a link to diet diversity? Which people groups have the sickest children, and is there any indication of why?

This research is exciting on a few levels. Personally, it is exciting because I am the first one who gets to see what the data is telling us about the state of some of Vietnam’s ethnic minority groups. Programmatically, it is exciting because this new information can be used to adjust interventions for increased effectiveness. If we know that Hmong people are more food insecure (which we now do because the analyses said so), then relevant resources can be concentrated among the Hmong instead of spread thinly among all program participants. My next steps are communicating the information we have to program stakeholders so that such adjustments can be made. Which brings me back to the difficulty of describing information—except unlike the descriptions of traffic and hospitality I tried to relay to my mother, describing these data have real-world implications for existing programming.WhiteSands Treatment Center